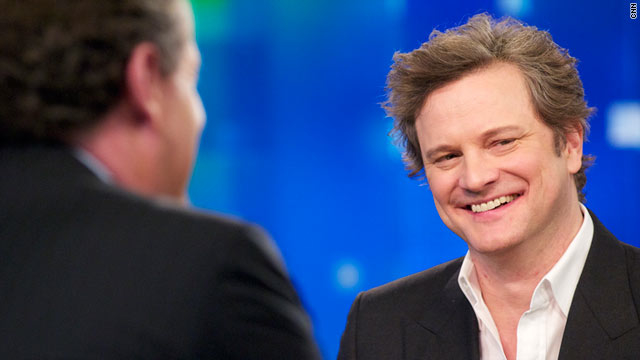 Here's a preview of the interview tonight:

Firth talked about playing King George VI. "I fell in love with him completely," he said. "I love hidden, glorious and secret heroes. I'm not very interested in people with superpowers."

The film centers on the relationship between George VI (who went by the name "Bertie") and his speech therapist, played by Rush, who worked with the king to overcome what Firth called a "crippling stammer."

The actor called it an "athletic feat just to get to the end of a sentence" for the king.