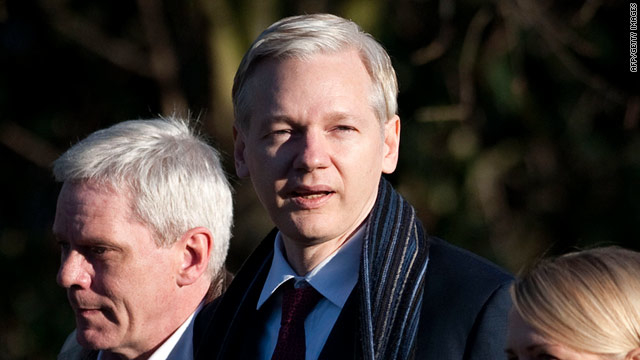 Need To Know News: Julian Assange and Hosni Mubarak take steps to stay where they are

For February 8, 2011, updates on the future plans of Assange and Mubarak.

• Julian Assange continues his fight against extradition over sex charges. From CNN: "Lawyers for WikiLeaks founder Julian Assange are due to wrap up their case Tuesday against sending him from the United Kingdom to Sweden over allegations of sexual misconduct. Swedish prosecutors want him sent back to face questioning over claims which he denies."

• Pres. Hosni Mubarak is taking steps to amend his constitution. From CNN: "Egyptian President Hosni Mubarak has taken a step toward amending the country's constitution, Egypt's vice president said Tuesday, as a mass demonstration persisted into a third week."

• Astronaut Mark Kelly is beginning his training for his trip back to space. Jason Hanna reports: "Astronaut Mark Kelly on Monday resumed training as commander of space shuttle Endeavour's upcoming mission, 30 days after his wife was shot in the head at a political event in Arizona."

• The Cleveland Cavaliers have reached a new level of losing in the NBA. From Sports Illustrated: "The miscues doomed the Cavs to a 99-96 loss to the Dallas Mavericks on Monday night, making it 25 straight losses, the most in league history no matter how it's counted."