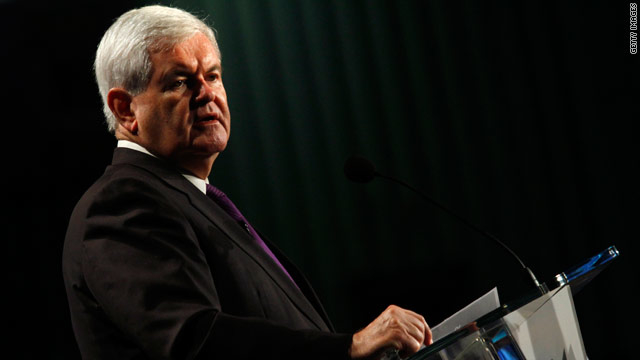 • Here's the latest on the fighting in Libya as Moammer Gadhafi remains in power: "Libyan ruler Moammar Gadhafi tried to reassert his power Wednesday in a part of the country under the control of the opposition, launching an attack on the town of al-Brega. A CNN crew saw airplanes flying over the town, and saw one drop a bomb in the area."

• Charlie Sheen surrendered his twin boys last night to police in the latest development in the ongoing Sheen drama: "The move comes after his ex Brooke Mueller won a restraining order in Los Angeles Superior Court earlier in the day based on recent allegations that Sheen was physically and verbally abusive to Mueller, according to her legal declaration."

• Two potential GOP 2012 candidates are in the news: First, Mike Huckabee seemed to imply Pres. Barack Obama grew up in Kenya. Reports Alexander Mooney: "Huckabee appears to falsely believe the president grew up in Kenya. 'I would love to know more. What I know is troubling enough,' Huckabee said of the president in an interview with New York radio station WOR. 'And one thing that I do know is his having grown up in Kenya, his view of the Brits, for example, very different than the average American.'" His spokesperson says it was a misstatement.

• Meanwhile, is Newt Gingrich about to announce his 2012 campaign? There are contradicting reports, writes Peter Hamby. "Newt Gingrich's political team scrambled to clarify the former House Speaker's presidential intentions late Tuesday after multiple news organizations reported that Gingrich plans to announce the formation a presidential exploratory committee during a trip to Georgia on Thursday."

• A new iPad may be coming – an announcement is expected today: "Apple appears poised to announce an upgraded version of its iPad tablet computer on Wednesday in San Francisco. CNN will be reporting live from the event, which starts at 10 a.m. PT (1 p.m. ET)."