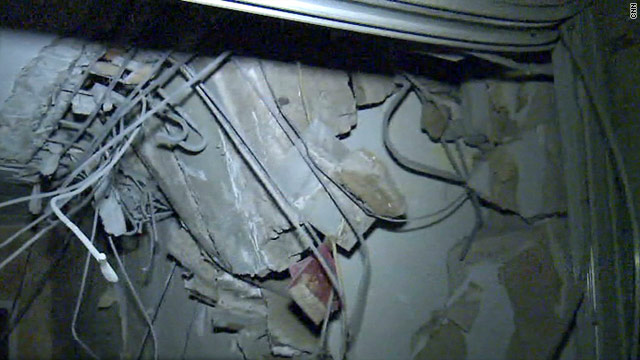 • Allied forces strike Gadhafi compound; leader's whereabouts unknown: The heart of Moammar Gadhafi's compound in Tripoli lay in shambles Monday following bombing by the United States and its allies, prompting a debate about whether the allies were trying to kill the Libyan leader.

• Libya live blog: Role of U.S. military aircraft plateaus, spokesman says: The latest developments on the situation in Libya, where coalition forces launched a series of coordinated airstrikes on Saturday after they were convinced Libyan leader Moammar Gadhafi was not adhering to a cease-fire mandated by the United Nations. Read our complete story and check out our full coverage on unrest in the Arab world. Also, don't miss a gripping, high-resolution gallery of images from Libya.

• AT&T-Mobile: AT&T buys T-Mobile USA for $39B: AT&T announced that the new entity would be the biggest in the US with 130 million subscribers. The national mobile carrier choices for US consumers will decrease by one if the purchase of Deutsche Telekom AG's U.S. T-Mobile unit by AT&T (T) passes regulatory hurdles. The $39 billion deal, announced ahead of a major wireless conference in Orlando tomorrow, would create the nation's largest wireless carrier and drop the big US mobile carriers to just three.

• Happy 5th #Birthday @Twitter: The message was cryptic. Two words. No context, no punctuation, just: "inviting coworkers." But that short statement proved to be enough to launch a global phenomenon that has launched careers, reunited long-lost relatives, and even, some would argue, topple dictators. It was the first tweet. Since Twitter co-founder Jack Dorsey posted it on March 21, 2006, Twitter has registered nearly 200 million users who now post more than a billion tweets every week. Check out @PiersMorgan on the Discover Twitter page.