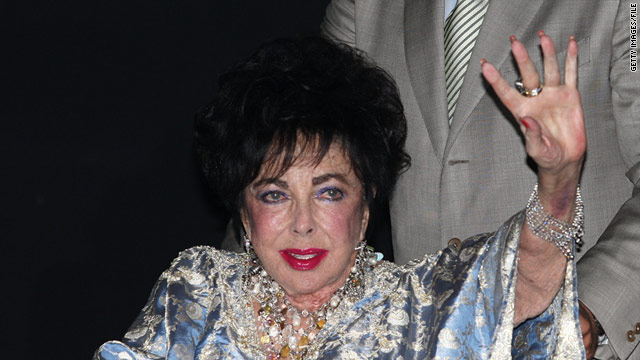 For March 23, 2011 – Elizabeth Taylor is dead, blasts continue in Libya, states are looking to cut benefits...

• Elizabeth Taylor is dead at 79: "Elizabeth Taylor, the legendary actress famed for her beauty, her jet-set lifestyle, her charitable endeavors and her many marriages, has died, her publicist told CNN Wednesday. She was 79. Taylor died "peacefully today in Cedars-Sinai Hospital in Los Angeles," said a statement from her publicist. She was hospitalized six weeks ago with congestive heart failure, "a condition with which she had struggled for many years. Though she had recently suffered a number of complications, her condition had stabilized and it was hoped that she would be able to return home. Sadly, this was not to be."

• Explosions rock Libyan capital; opposition seeks 'heavy' weapons: "Loud explosions and heavy anti-aircraft gunfire rang out early Wednesday in the Libyan capital, hours after the nation's defiant leader vowed to win his battle with coalition forces. The sources of the blasts and gunfire in western Tripoli were unclear, but there is a large military base in the area. U.S. officials said while coalition forces conducted airstrikes Tuesday night, they did not "specifically target anything" in the capital."

• Explosion on bus wounds at least 20 in Jerusalem: "A loud explosion was heard from a bus near the central bus station in Jerusalem on Wednesday. Ambulances and police cars rushed to the scene. Twenty to 30 people are wounded, according to medical sources."

• Facebook booting underage users: "According to a study by the Pew Internet & American Life Project, nearly half of all 12-year-olds in the U.S. are using social network sites, despite not meeting the minimum age requirements for sites like Facebook... But that doesn't mean Facebook isn't trying to stop kids from becoming addicted to the network at such a young age (though indoctrination does have its benefits!). According to a report by the Daily Telegraph, Facebook is kicking out roughly 20,000 underage users per day."

Leave a Reply to best body shop in orange county