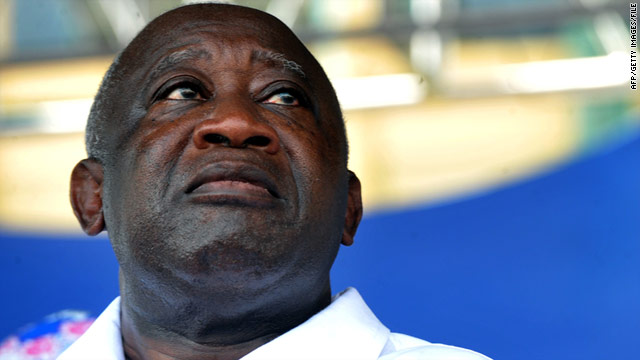 • Self-declared president arrested in Ivory Coast: "The self-declared president of the Ivory Coast, Laurent Gbagbo, was arrested Monday, the French Embassy in that country said. Security forces of the Ivory Coast arrested him, the embassy said. A Gbagbo adviser, Ahoua Don Mello, said earlier that the French military had stormed Gbagbo's residence. Gbagbo's refusal to cede power triggered a political crisis in the West African nation."

• House takes up budget deal: "The House is scheduled to begin considering on Monday a budget deal covering the remainder of this fiscal year. A vote is expected on Wednesday. The Senate would take up the bill at some point after that, according to Jon Summers, a spokesman for Senate Majority Leader Harry Reid's office."

• Gadhafi OKs plan to end fighting: "Embattled Libyan leader Moammar Gadhafi has agreed in principle to stop all hostilities in his North African nation and allow outside forces to help keep the peace, his government and African Union mediators said Monday in a joint statement."

• Search for missing woman expands: "Police say the search for a missing woman, which led investigators to the closely grouped remains of eight bodies in Long Island, New York, will expand Monday. Investigators - now embroiled in a manhunt for a potential serial killer - are expected to spread out along the Nassau County line, working westward from Jones Beach in their search for Shannan Gilbert, who has been missing since May."