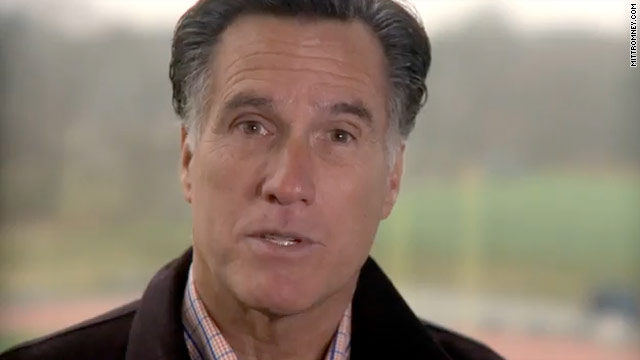 Need to Know News: Romney steps up, nuclear disaster in line with Chernobyl, 50 years ago today...

For April 12, 2011 – Japan nuclear disaster tops the scale at 7, it gets harder to multitask as we get older and why do Steve Buscemi’s eyes keep showing up everywhere?

• Mitt Romney takes first official steps towards running for president: "Mitt Romney Monday took his first formal step towards launching another bid for the White House. The former Massachusetts governor, who was a candidate for 2008 Republican presidential nomination, announced that he was setting up a presidential exploratory committee."

• Japan nuclear disaster tops scale: "Japan's prime minister vowed to wind down the month-long crisis at the Fukushima Daiichi power plant "at all costs" Tuesday after his government officially designated the situation there a Chernobyl-level nuclear accident."

• Manned space flight turns 50: "Fifty years after cosmonaut Yuri Gagarin's Vostok spacecraft blasted off from the steppes of Soviet Kazakhstan and into the history books, the epic flight of the first human in space was being celebrated Tuesday."

• Flip no more: "Cisco announced Tuesday that it is exiting several consumer businesses, including Flip, and laying off 550 employees. The networking giant said its new strategy is to serve most consumers indirectly through its business customers, rather than making products that shoppers buy straight from Cisco."

• Why it's harder to multitask as you get older: "A new study sheds light on why older adults have more trouble with multitasking than younger people. Research published in Proceedings of the National Academy of Sciences shows that the brains of older people, when interrupted, tend to have greater difficulty switching back to their original task than younger folks."

• Have you seen 'Chicks with Steve Buscemeyes'? "Hollywood’s all about having a look, and “Boardwalk Empire’s” Steve Buscemi’s got a unique one – at least he did, before a Tumblr began showing off a slew of Photoshopped female celebrity look-a-likes."