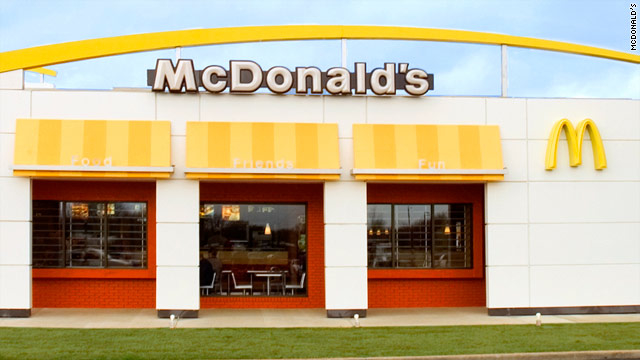 • As part of their National Hiring Day promotion, McDonald's plans to hire 50,000 today: "Jobs are available at both the corporate and restaurant levels. Job-seekers can go to the company's website or check at local franchises to find positions...The burger chain has more than 32,000 restaurants and 1.7 million employees worldwide."

• A "birther" bill has been vetoed by Arizona GOP Gov. Jan Brewer: "[It] would have required President Barack Obama and other presidential candidates to prove they were American citizens, born in the United States, before their names could have been placed on the state ballot."

• Unrest in Syria has led to fighting and reports of deaths: "Clashes erupted overnight in the restive Syrian city of Homs, with at least three protesters killed and dozens wounded when security forces assaulted activists, a human rights activist told CNN on Tuesday."

• BP's $20 billion fund to pay out families affected by the oil spill has gone largely untouched, with just $3.8 billion paid out. Reports Steve Hargreaves: "The Gulf Coast Claims Facility, established last August with $20 billion in seed money from BP (BP), said it has approved 300,000 claims from businesses and individuals hurt by the spill, out of approximately 857,000 claims submitted.

• Shawna Shepherd reports on this year's White House seder for Passover: "The Obamas [marked] the beginning of Passover with a Seder at the White House Monday evening with family, friends and White House employees." Pres. Barack Obama hosted his first Seder in Pennsylvania in 2008.

• Charlie Sheen is going to court – this time, he's not the defendent: "Charlie Sheen's $100 million lawsuit against his former employer is scheduled to come to a Los Angeles courtroom Tuesday. But for those looking for the headline-grabbing actor, Sheen is expected to miss the hearing. His "Violent Torpedo of Truth" tour has him in Washington D.C. Tuesday night."