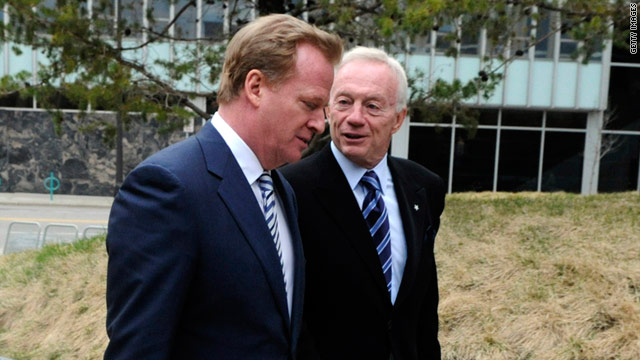 • Officials fear Missouri levee will fail: "Emergency officials and residents nervously waited early Tuesday as the Black River in southeastern Missouri threatened to break through a compromised levee. Police were going house to house in part of Poplar Bluff ordering people to evacuate ahead of an imminent 'catastrophic failure.'"

• Judge orders NFL owners to lift lockout: "A federal judge ruled in favor of NFL players on Monday, issuing an injunction that ordered the league's owners to lift their lockout. However, Greg Aiello, NFL senior vice president of public relations, said the league will seek an immediate stay of the ruling pending an appeal."

• Nissan is recalling nearly 196,000 vehicles: "Nissan North America has announced the recall of nearly 196,000 sport utility vehicles in the United States for corrosion problems that could damage steering and suspension systems. The recall extends to the Nissan Pathfinder from 1997 to 2003, and the Infiniti QX4 from 1996 to 2004."

• U.N. panel may tackle Syria violence: "The United Nations Security Council could take up the issue of alleged human rights abuses in Syria on Tuesday, a day after witnesses said thousands of troops invaded the heart of the country's recent protests and carried out a bloody crackdown."

• Cat ladies love Prince William: "Prince William is such the cat's meow. As the days of his singleness wind down, William can not only boast of his popularity among the single ladies dreaming of snagging their own royal – he is also a hit among cat owners."