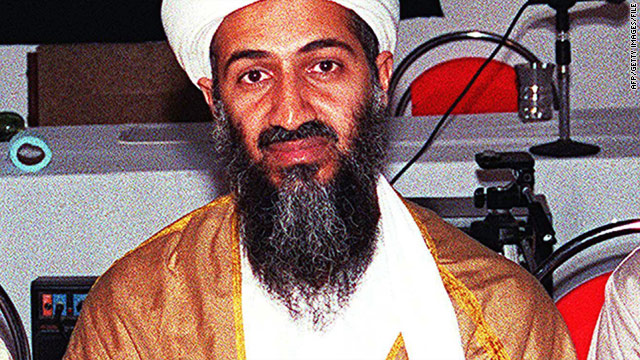 For May 6, 2011 – Al Qaeda, in web message, confirms bin Laden's death, Obama to meet with SEALs, Tuscaloosa mayor has a message...

• Al Qaeda confirms bin Laden's death in web message: "Al Qaeda released a statement on jihadist forums Friday confirming the death of its leader, Osama bin Laden, according to SITE Intelligence Group, which monitors Islamist websites. The development comes days after U.S. troops killed bin Laden in a raid on a compound in the Pakistani city of Abbottabad. The statement, translated by SITE, lauded the late militant, threatened to take action against the United States, and urged Pakistanis to 'rise up and revolt.'"

• Obama to meet SEALs team that killed bin Laden as terror plot revealed: "As details emerged about a possible attack on the 10th anniversary of 9/11, President Barack Obama was scheduled Friday to meet the men responsible for collecting the intelligence during a raid on Osama bin Laden's compound. The president was to meet with members of the Navy SEAL team involved in the operation, the latest in a series of events for Obama that included a stop at ground zero since he told the world that U.S. Special Forces killed bin Laden."

• April jobs report out; hiring picks up steam: "The jobs recovery picked up speed in April, as business payrolls swelled and the unemployment rate rose as more people returned to the workforce.The economy added 244,000 jobs in the month, the Labor Department reported Friday. That's up from the 235,000 jobs gained in March. Economists surveyed by CNNMoney were expecting a slight slowdown to a gain of just 185,000 jobs."

• Tuscaloosa mayor wants eyes back on tornado catastrophe: "The tornadoes weren't forgotten. The families of the hundreds who were killed in last week's record outbreak that flattened towns in the South, and the tens of thousands whose homes or businesses were damaged, and the many donors and volunteers who rushed to their aid from around the world didn't forget about the destruction, even after the United States announced it had killed Osama bin Laden."

• Home Alone house for sale: Not many people would want to buy a house with a history of being burglarized, but when it's the "Home Alone" house, that's another story. The red-brick Winnetka, Ill., colonial Georgian featured in the blockbuster 1990 Macaulay Culkin movie has just been put on the market and can be had for a cool $2.4 million, reports Chicago's WGN."