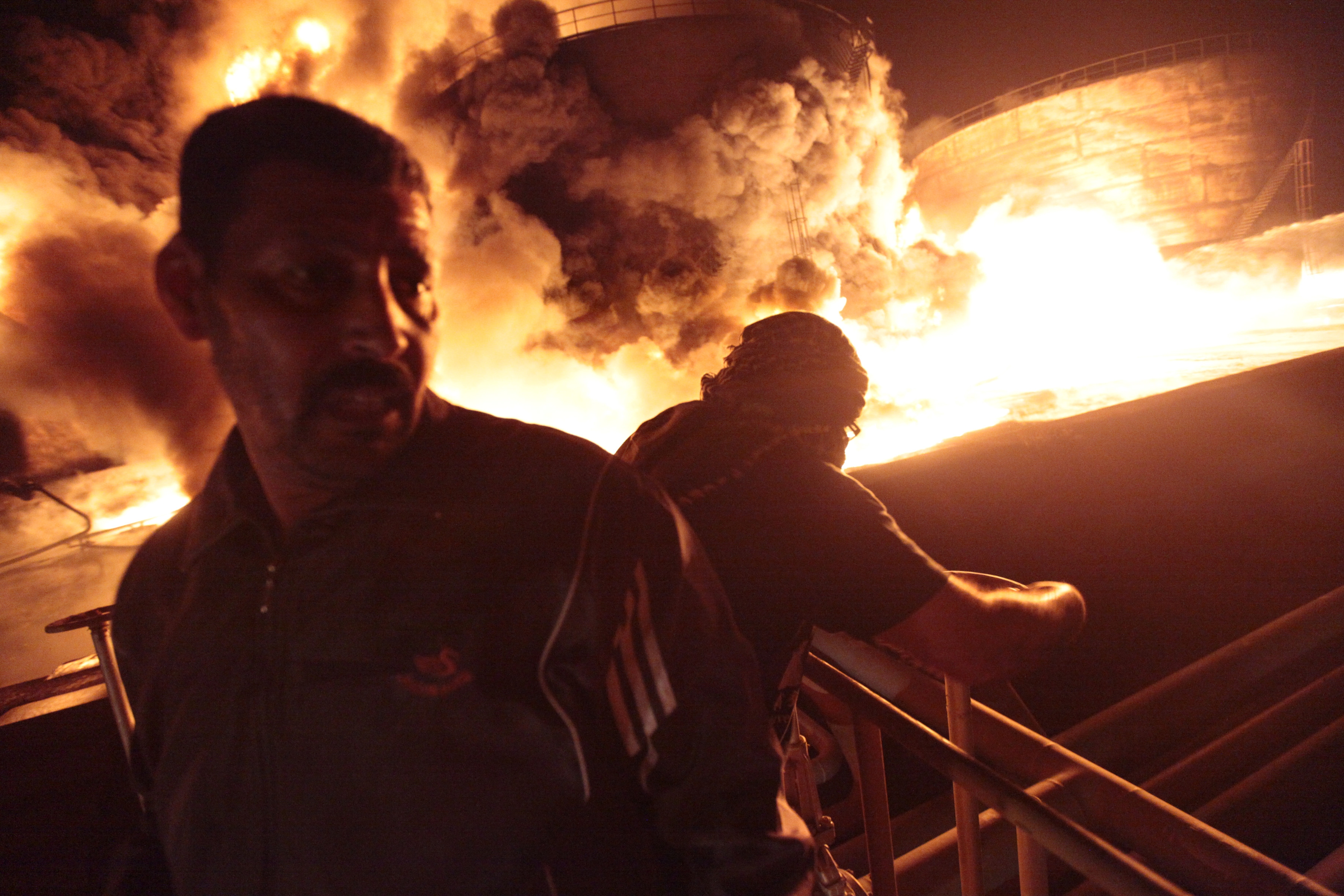 For May 11, 2011 – Misrata airport under rebel control, Navy makes an abrupt about-face, bin Laden death photos to be shown...

• Rebels say they captured Misrata airport: "Libyan rebels captured the airport in the besieged city of Misrata on Wednesday, a rebel spokesman in Benghazi said. Shamsiddin Abdulmolah of the Transitional National Council said the airport, located in the southern region of the war-torn city, fell to "revolutionaries" after opposition fighters nearby in Zlaitin were able to join their counterparts in Misrata. The capture of the location is key for the rebels fighting the forces of Libyan leader Moammar Gadhafi since it would provide important access for humanitarian aid."

• Navy reverses itself on gay marriage on military bases: "The Navy did an abrupt about-face late Tuesday, suspending earlier guidance that could have allowed same-sex marriages on military bases once the Pentagon scraps its present Don't Ask, Don't Tell policy."

• Gingrich set to announce bid for white house: "As some GOP activists and fund-raisers hope other candidates will decide to enter the field, former House Speaker Newt Gingrich is set on Wednesday to become the first of the serious contenders to formally announce his candidacy for the 2012 Republican presidential nomination."

• Bulging Mississippi River heads south as residents watch and wait: "The swollen Mississippi River rolled south Wednesday as communities along its delta braced for flooding, and vast farms remained under threat as it left a trail of submerged homes. The river crested at Memphis, Tennessee, a day earlier just a few inches short of a record set in 1937. As it slowly headed south, flooding concerns turned to Louisiana and Mississippi, where it is expected to rise to levels unseen since 1927."

• Bin Laden death photos to be shown to some members of Congress: "Members of the Senate Armed Services Committee and the Senate Intelligence Committee, as well as those in the equivalent House committees, will be allowed to view the photographs taken of Osama bin Laden after he was killed, a U.S. official told CNN Tuesday."

• Warren Buffett to guest star on 'Office' finale: "The season finale of “The Office” is going to be a packed house. In addition to the likes of Ricky Gervais, Jim Carrey and Will Arnett, famed investor Warren Buffett is also expected to make a cameo."