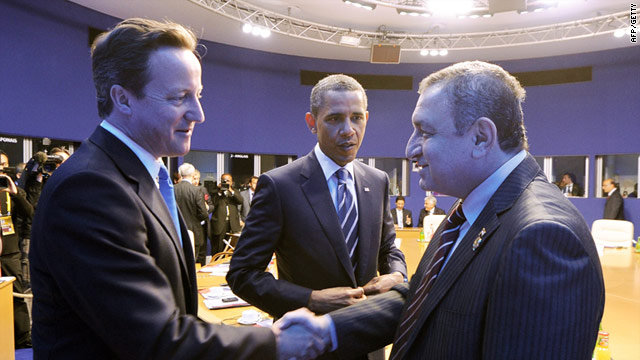 • The G8 leaders expressed support for the Arab Spring: "The G8 leaders raised the possibility that multilateral development banks could provide more than $20 billion to support reforms in Egypt and Tunisia, where popular uprisings dislodged authoritarian rulers."

• President Obama extended the Patriot Act from overseas: "They deal with roving wiretaps, the tracking of alleged "lone wolf" terrorists and the ability of law enforcement officials to obtain any records they deem relevant to an investigation after securing an order from a federal court. Obama, attending the G8 summit in France, directed the use of an autopen - a signature reproduction device - to sign the measure, White House spokesman Nick Shapiro said."

• War crimes suspect Ratko Mladic can be extradited: "The team said that while Mladic suffers from several chronic conditions, there are no immediate problems barring a move. This comes after five doctors examined Mladic on Thursday night, said Mladic's lawyer, Milos Saljic."

• More tragic stories come out of the Joplin tornado: "A 3-year-old lost in the ferocious storm that swept through Oklahoma Tuesday night was found dead Thursday morning, authorities said. The body of Ryan Hamil was found floating in a lake."

• Michele Bachmann (sort of) announces her presidential plans: "So Bachmann dialed in her appearance at the Polk County GOP's annual Robb Kelley Dinner, first via speaker phone with reporters, and then by a choppy Skype connection, to engage in a question-and-answer session with the ballroom full of party activists."