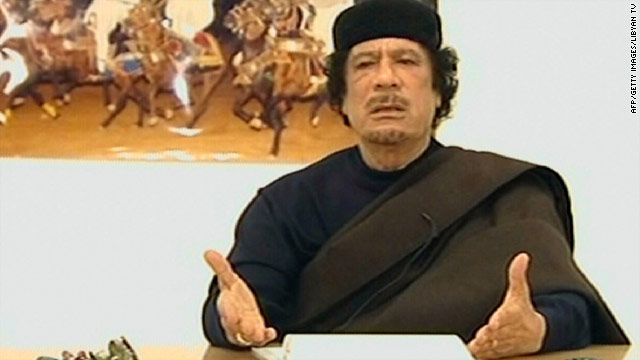 • International Criminal Court issues arrest warrant for Gadhafi: "The International Criminal Court issued arrest warrants Monday for Libyan leader Moammar Gadhafi and two of his relatives. The warrants are "for crimes against humanity," including murder and persecution, "allegedly committed across Libya" from Feb. 15 through "at least" Feb. 28, "through the state apparatus and security forces," the court said in a news release."

• Bachmann well-positioned for Iowa, and maybe beyond: "Forget political pedigree, executive experience or ties to deep-pocketed donors. No Republican presidential candidate is better positioned to capitalize on the recent tide of conservative anger toward President Barack Obama than Michele Bachmann."

• Obama intervenes in deficit talks as positions stiffen: "President Barack Obama will meet with Senate Democratic and Republican leaders on Monday to keep the negotiations going on a possible deficit reduction deal. The session comes after talks led by Vice President Joe Biden concluded last week without an agreement and as congressional leaders hardened their positions, making a possible compromise more difficult."

• New Yorkers cheer historic vote in gay pride parade: "Forty-two years after a police raid sparked rioting and perhaps the birth of the American gay rights movement, New Yorkers rejoiced at their city's annual pride parade Sunday in celebration of same-sex couples' newly-acquired right to wed. The parade, or march, meandered along Manhattan's Fifth Avenue and passed in front of the famous Stonewall Inn in Greenwich Village, where the rioting took place in 1969."

• Dodgers file for bankruptcy: "The Los Angeles Dodgers filed for bankruptcy court protection early Monday, less than a week after Major League Baseball blocked the team from signing a new television deal to provide it with the cash it needed to meet the team's payroll."