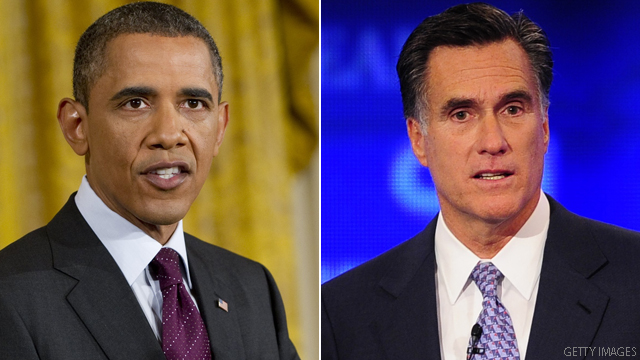 For June 30, 2011 – Obama and Romney are both in Pennsylvania today, the Senate is skipping vacation, the latest on the Casey Anthony trial...

• The Senate will skip the July 4 vacation: "Both parties are trying to strike a deal on raising the federal government's current $14.3 trillion debt ceiling by the start of August. President Barack Obama has urged leaders of both parties to negotiate in good faith to reach a deal."

• Pres. Barack Obama and Mitt Romney are both in Pennsylvania today: "Mitt Romney will travel to Pennsylvania Thursday on the same day as President Obama in a political move to hit the president over his handling of the economy and a clear symbolic step as the frontrunner in the GOP presidential field...Meanwhile the president will attend two fundraisers for the Democratic National Committee also in Philadelphia."

• Here's the latest on the Casey Anthony trial: "The defense may rest as early as Thursday in the capital murder trial of Casey Anthony. On Wednesday, Anthony's father cried on the witness stand as he was questioned about his slain 2-year-old granddaughter, Caylee, and his suicide attempt that followed the discovery of her remains."

• A stowaway slipped onto a cross-country flight: "Investigators have charged a man with being a stowaway after he allegedly took a flight from New York to Los Angeles, even though he didn't have a proper boarding pass and was not on the flight manifest. It wasn't until after Virgin America Flight 415 took off from John F. Kennedy International Airport on Friday that the airline discovered the man, identified as Olajide Oluwaseun Noibi, wasn't supposed to be on the flight, according to an FBI affidavit."

• And finally – Lindsay Lohan is free: "Lindsay Lohan was released from home confinement at 10:20 a.m. Wednesday, 35 days after she began serving her sentence for misdemeanor theft and probation violation, a spokesman for the Los Angeles County sheriff said Wednesday."