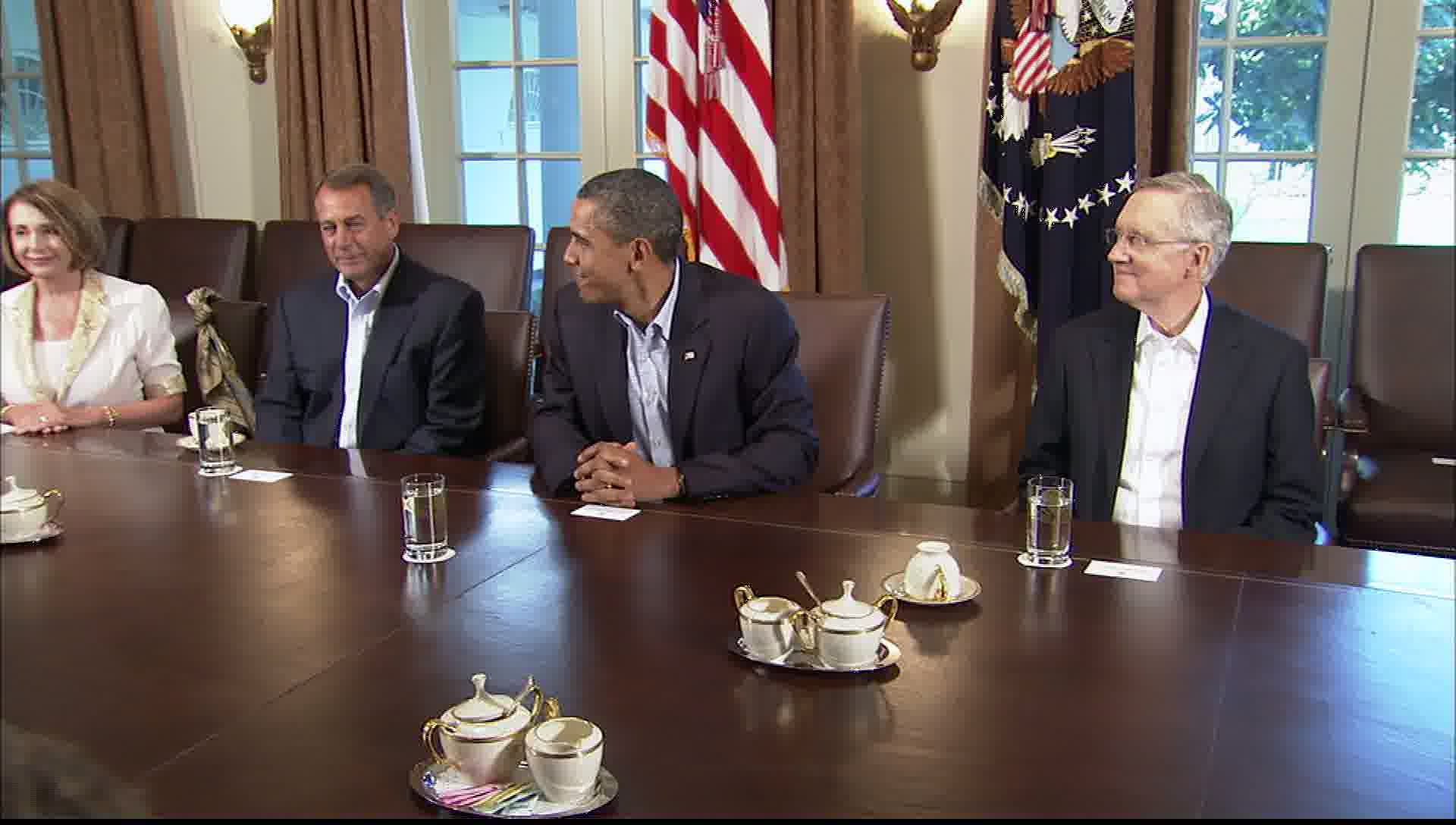 • Record temperatures seen as heat wave plagues 15 states: "A heat wave is building and could reach dangerous levels in parts of the Midwest, the Plains and the Southeast this week. Fifteen states are under heat advisories, which means temperatures are expected to exceed 105 degrees Fahrenheit."

• Obama, Hill leaders to meet again as debt deadline looms: "President Barack Obama is set to host top congressional leaders at the White House Monday, continuing a marathon session of talks aimed at striking a deal to raise the nation's $14.3 trillion debt ceiling and avert a potentially devastating national default. Obama will hold a news conference at 11 a.m. - before the meeting - to discuss the state of the negotiations."

• U.S. holding millions in aid to Pakistan, says Obama's chief of staff: "The United States is holding back $800 million in aid to Pakistan, President Barack Obama's chief of staff said Sunday. Appearing on ABC's "This Week," White House Chief of Staff William Daley confirmed a report in the New York Times that the aid was being withheld. While Pakistan has "been an important ally in the fight on terrorism," Daley said, "now they've taken some steps that have given us reason to pause on some of the aid which we're giving to the military, and we're trying to work through that." A spokesman for the Pakistani military told CNN the military was not informed of any such plan."

• U.S. women win a soccer classic: "The U.S. women's soccer team stunned Brazil with a comeback victory... Abby Wambach's header tied the game in the closing seconds, sending it to PKs... Defender Ali Krieger converted the deciding penalty kick to give the U.S. the win."