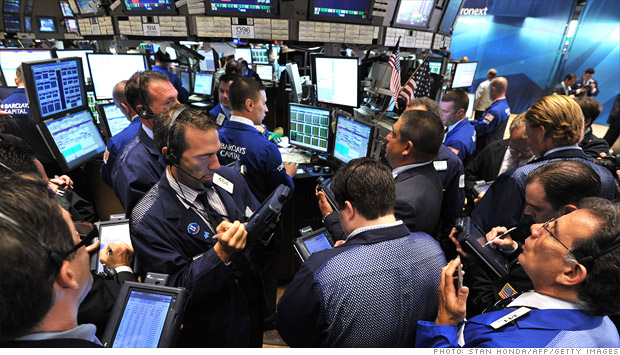 • Stocks plunge on economic fears: "Turmoil returned to U.S. stock markets at Thursday's open as renewed concerns about the global economy sent major indexes plunging and pushed gold to a new record high.At the open, the Dow Jones industrial average dropped 307 points, or 2.7%; the S&P 500 was down 36 points, or 3%; and the Nasdaq Composite lost 89 points, or 3.5%."

• Unemployment claims jump back up above 400,000: "The number of first-time filers for unemployment benefits rose more than expected last week and jumped back above the key 400,000 level, signaling that the job market remains stuck in the mud. There were 408,000 initial unemployment claims filed in the week ended Aug. 13, the Labor Department said Thursday, up 9,000 from an upwardly revised 399,000 the prior week."

• S&P said to face U.S. probe on mortgages: "Rating agency Standard & Poor's is being investigated by the U.S. Justice Department for allegedly overrating mortgage-backed securities, whose meltdown led to the 2008 financial crisis, according to a report published Thursday."

• Consumer prices rise in July: "Americans paid more for consumer goods and services in July, as inflation rose more than expected over the month. The Consumer Price Index, the government's key inflation measure, rose 0.5% in the month, led by a 4.7% increase in gas prices from month to month."