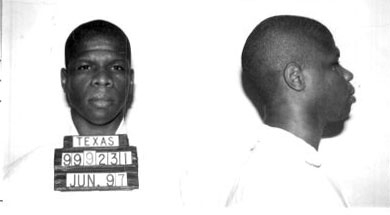 • Battle for Libya rages in Gadhafi strongholds: "A large column of Libyan revolutionaries battled their way into Moammar Gadhafi's hometown of Sirte Friday as a delegation headed to neighboring Niger to demand it turn over one of the ousted leader's sons."

• Texas death-row inmate gets last-minute reprieve: "The U.S. Supreme Court has delayed the scheduled execution on an inmate on death row in Texas amid questions about a psychologist who testified that blacks and Hispanics were more likely to commit future crimes."

• Police question $2B UBS alleged rogue trader: "Police in London were on Friday questioning a suspected rogue trader arrested after Swiss banking giant UBS discovered an estimated $2 billion worth of unauthorized deals. The man - named by British media as UBS trader Kweku Adoboli - was held on suspicion of fraud in an early-morning operation in London's banking district hours before the loss was announced on Thursday, officers said."

• 663,000 names on petition protesting Troy Davis' execution: "Supporters of convicted cop killer Troy Davis say time is running out. Unless something dramatic happens, Davis will die by lethal injection next week for the 1989 murder of Savannah, Georgia, police officer Mark MacPhail. Davis, 42, is set to be executed at 7 p.m. Wednesday, and since his 1991 conviction, seven of the nine witnesses against him have recanted or contradicted their testimony. No physical evidence was presented linking Davis to the killing of the policeman."

• Christina Hendricks reveals Emmys date: "The Primetime Emmys are on Sunday, and "Mad Men" star Christina Hendricks knows exactly what lucky fellow she'll walk the red carpet with. The 36-year-old actress, who's nominated for a best supporting actress in a drama series Emmy, told NYMag's Vulture that she'll be attending the ceremony with a 19-year-old Make-A-Wish participant." Tune in to "Piers Morgan Tonight" at 9pm ET to learn more about her Emmys date and much more.