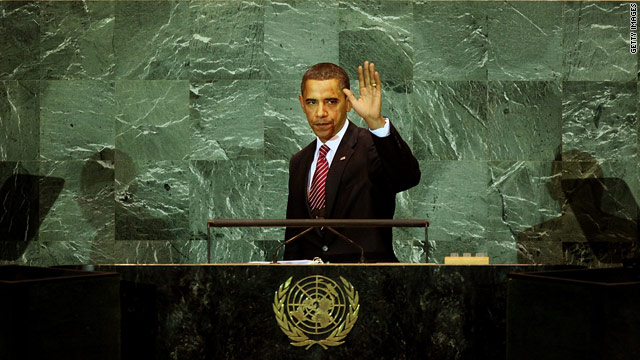 • Pres. Barack Obama is at the United Nations today: "This Wednesday, world leaders gather in Manhattan for the opening session of the United Nations General Assembly (UNGA). As always, the most anticipated moment will be when the U.S. President steps to the podium. With little doubt, Barack Obama’s third annual UNGA speech will also be his most challenging."

• The American hikers in Iran have been freed: "It's likely that two American hikers being released from an Iranian prison will to go to a third country, possibly Oman, upon their release, CNN's Zain Verjee reports. One official told CNN that Oman was on alert to pick up the two Americans and the families have been there for a while. They would likely get medical checkups in Oman and get back to the U.S. as soon as possible, Verjee reported."

• Troy Davis is set to be executed today: "he Georgia Board of Pardons and Paroles has denied to reconsider their decision denying clemency to Troy Davis. Supporters of Davis have been hoping that some last-ditch efforts might help save him from being executed on Wednesday night. Earlier Wednesday his team filed an appeal asking to stay his execution.

• Singer Tony Bennett has some thoughts about 9/11: "He continued that he wasn't on board with the statement that those who attacked started the conflict. "They flew the plane in, but we caused it. We were bombing them, and they told us to stop." Later on in the conversation, Bennett added that he believed "To start a war in Iraq was a tremendous, tremendous mistake internationally."