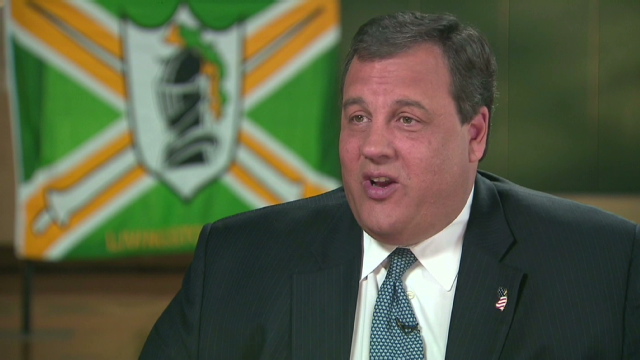 Will Governor Chris Christie run for president in 2012?

In the wake of rumors surrounding the potential for New Jersey Gov. Chris Christie to run for president in 2012 we are re-airing Gov. Christie's interview with Piers Morgan tonight at 9pmET. Back in June his wife, Mary Pat Christie, said it probably wasn't the right time for Christie to join the race because their children are at crucial years in their development.

"I think there are so many things Chris can do with the rest of his life after he's governor hopefully for a total of eight years." she said. Listen to Mary Pat's thoughts on when she thinks he could become president. Tune in at 9pmET for a more definitive answer from Christie himself.