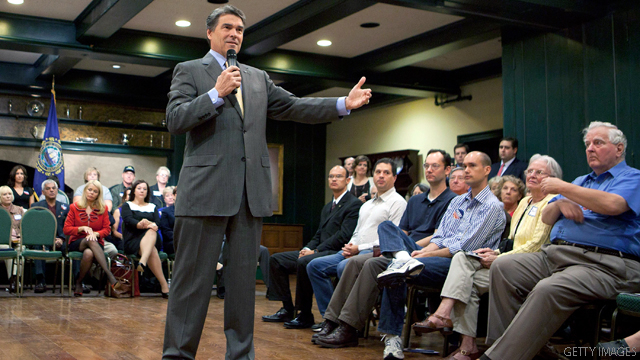 • A verdict in the Amanda Knox trial is expected later today: "Nearly four years after she was arrested on suspicion of having killed her roommate in this picturesque Italian university town, Amanda Knox pleaded with a jury Monday to overturn her conviction for murder."

• Gov. Rick Perry is dealing with the fallout from some issues with his old hunting grounds: "A front-page Washington Post story Sunday exposed the eyebrow raising name of a hunting camp leased and frequented by Perry and his father. "N*****head" was painted across a rock at the gated entrance of the property, according to the report. But Team Perry was quick to clarify the account, issuing a harsh statement early Sunday morning after CNN contacted the campaign."

• A Nobel prize winner died just days before his award was announced: "The news - which the Nobel committee was apparently unaware of when it announced the winners Monday - presents a unique quandary for the prestigious organization. Nobel rules prohibit awarding a prize posthumously unless the winner dies after the award is announced."