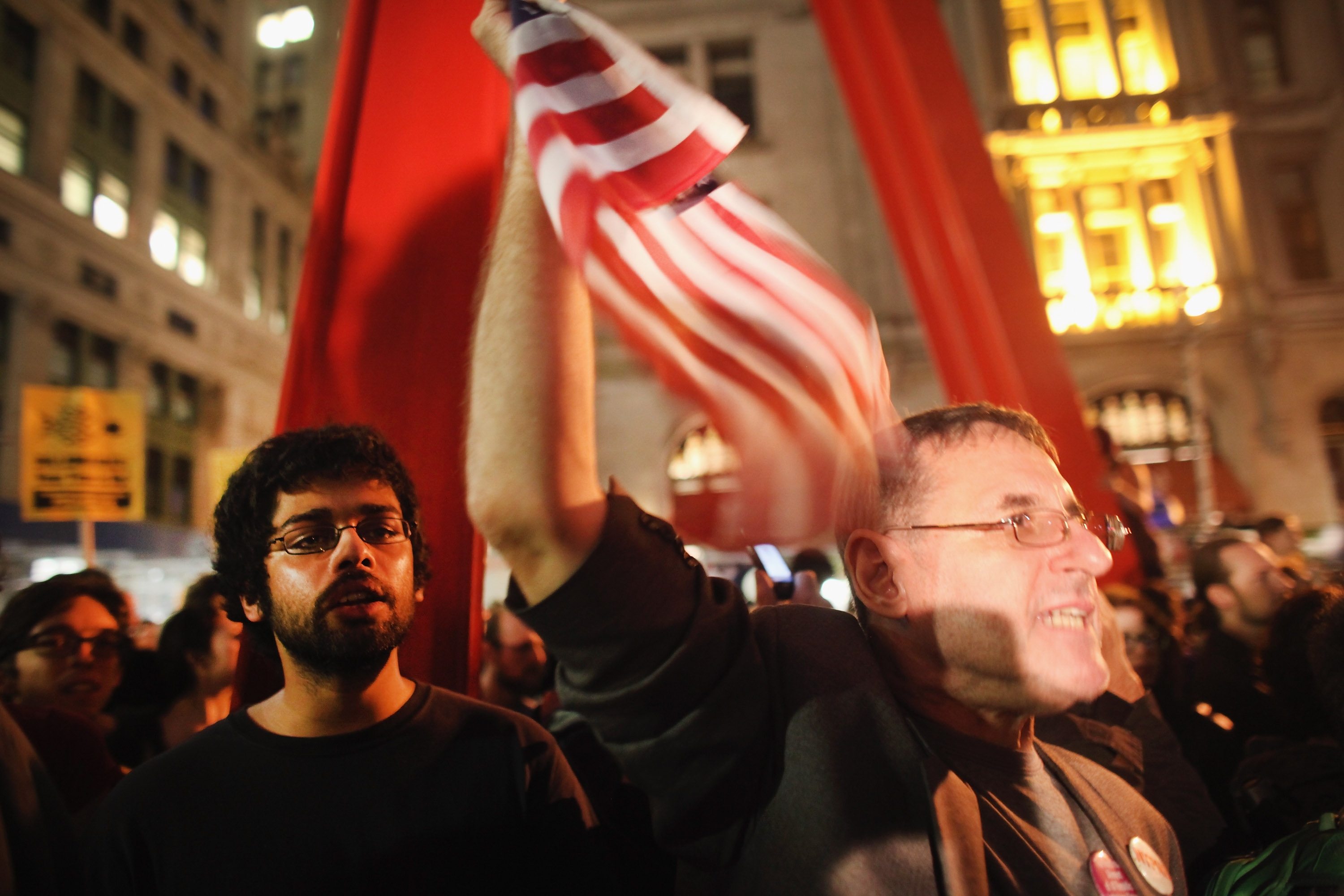 • Occupy Wall Street park cleaning postponed, averts showdown: "New York Mayor Michael Bloomberg said Friday that at midnight Brookfield Office Properties - the real-estate firm that owns Zuccotti Park - made the decision not to clear out Wall Street protesters from a Lower Manhattan park after the company was "inundated" with calls from public officials who threatened them."

• Buyers line up for iPhone 4s sale: "Apple fans - including co-founder Steve Wozniak - were lined up on Friday morning for a chance to buy the iPhone 4S, the latest in the company's line of "Jesus Phones," which includes many under-the-hood improvements."

• Police search woods again for missing Missouri girl: "The search for missing Lisa Irwin enters its 11th day Friday, with police in Kansas City, Missouri, no closer to locating the 11-month old. For a second day, police scoured a wooded area near Missouri Route 210 Thursday looking for clues. They did not say what they found."

• Clinton: U.S. must put economics at center of foreign policy: "The United States must position itself to lead in a world "where security is shaped in boardrooms and on trading floors - as well as on battlefields," U.S. Secretary of State Hillary Clinton will say Friday in a major economics and foreign policy speech in New York."

• 'Baseball' lives up to its name in Tigers' Game 5 win over Rangers: "Miguel Cabera's double off third base helped spark the Tigers to a Game 5 victory winning 7-5. The Rangers are one win away from advancing with the final two games in Texas."