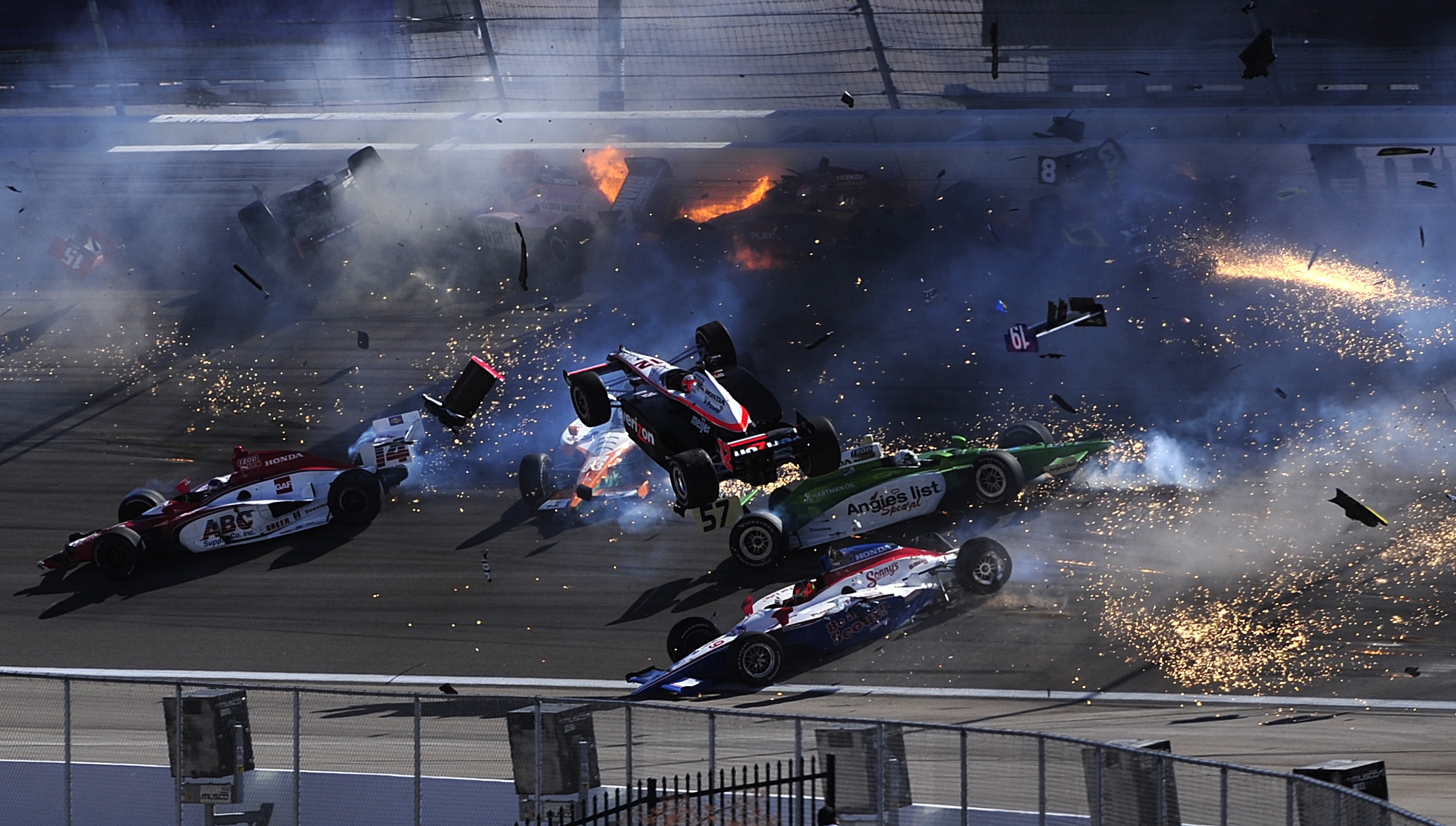 • Racing vet Dan Wheldon dies in crash at Vegas IndyCar race: "Two-time Indianapolis 500 winner Dan Wheldon died Sunday of "unsurvivable injuries" sustained during a multi-car wreck at the Las Vegas Indy 300. He was 33. The rest of the race - the marquee event of the IZOD IndyCar World Championships - was canceled."

• Americans urged to live MLK's ideals at memorial dedication: "As the Martin Luther King Jr. National Memorial was officially dedicated Sunday, speakers called for carrying on King's ideals and values and confronting issues including bullying and social and economic justice for all Americans. "Nearly 50 years after the March on Washington, our work - Dr. King's work - is not yet complete," President Barack Obama said at the dedication ceremony."

• 'Improbable postseason' continues for Cards with World Series birth: "With power and bullpen pitching, the Cards won Game 6 12-6. The Brewers self-destructed early, giving up nine runs in the first three innings. Once a postseason long shot, St. Louis now has a World Series date with Texas."