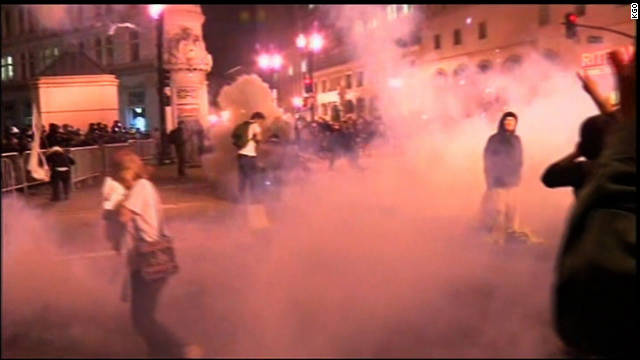 • Tear gas used on Occupy protests in Oakland: "Authorities made a series of arrests at Occupy Wall Street protests in California and Georgia on Tuesday with clashes in one city that involved tear gas being used on demonstrators. Police said they fired the tear gas on protesters in Oakland, California, after the crowd threw paint and other objects at officers."

• Floods shut one Bangkok airport, amid warnings to capital: "Floodwaters have forced the closure of Bangkok's Don Muang airport and the evacuation of flood victims who have taken refuge there. However, the flood relief operation will continue to be based at the airport, the Thai government said Wednesday. In a televised address Tuesday night, Thai Prime Minister Yingluck Shinawatra said the capital could be submerged by as much as 1.5 meters (4.9 feet)."

• Obama talks politics, life with Jay Leno: "President Barack Obama addressed a broad range of political topics during an appearance on NBC's "The Tonight Show with Jay Leno" Tuesday, insisting among other things that he's not spending too much time yet focused on next year's potential GOP campaign rivals."