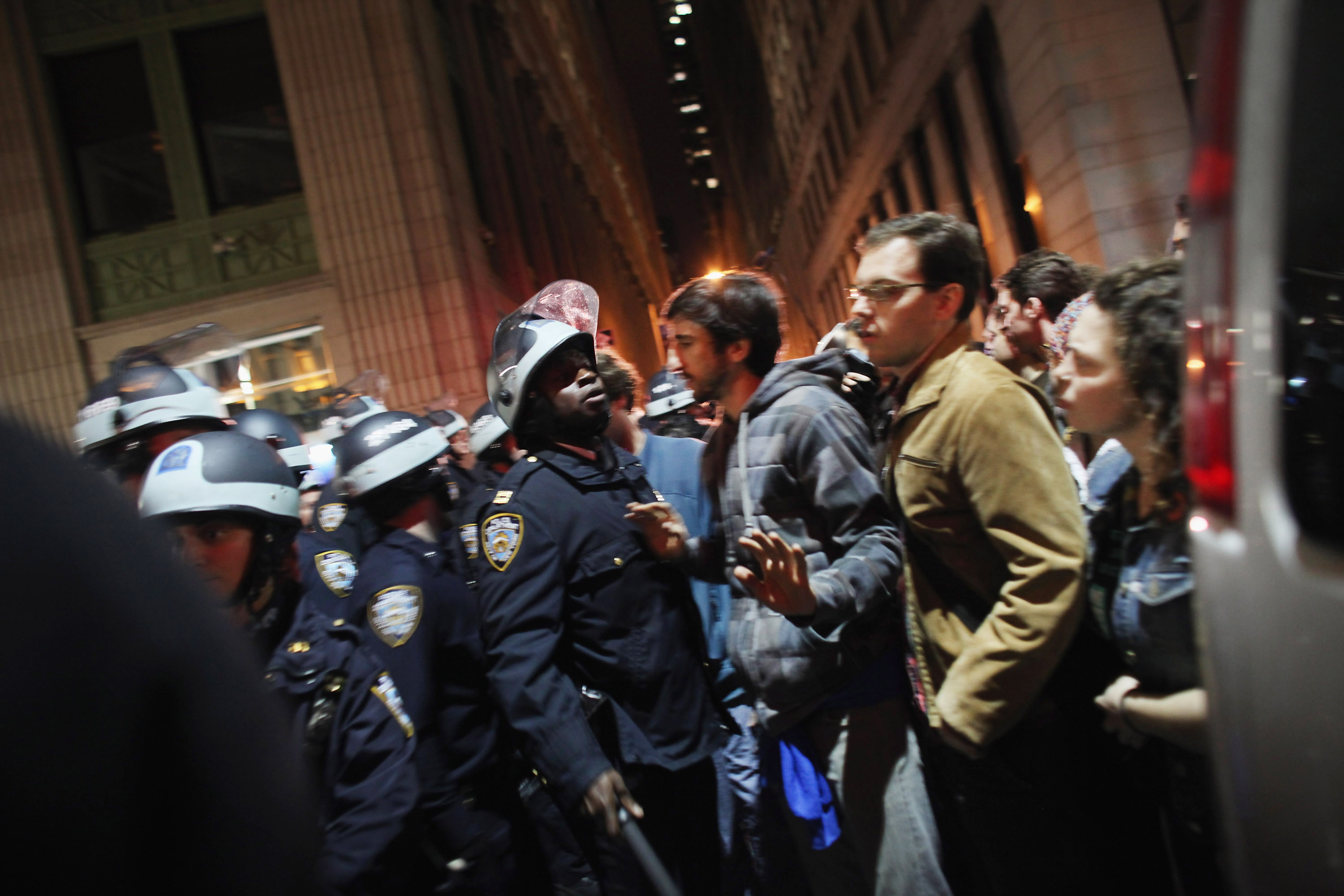 • Sandusky admits he 'horsed around,' but insists he's innocent: "Former Penn State assistant football coach Jerry Sandusky insisted in an interview Monday night he is "innocent" of charges that he sexually abused young boys, denying to NBC's Bob Costas that he's a pedophile."

• Europe's rising bond yields scare investors: "European bond yields climbed Tuesday, with Italian yields surpassing a key threshold, setting off alarms in markets around the world as investors again worry about how the eurozone will solve its debt crisis. Italy's 10-year bond yield exceeded 7%, a benchmark that makes traders nervous, since it heralds the need of a potential bailout for the third-largest bond issuer in the world. That's untenable, because the Italian economy is too big to bail out."

• Former boyfriend of Cain accuser backs her account: "A former boyfriend of Herman Cain accuser Sharon Bialek said Monday that she told him in 1997 that Cain touched her inappropriately after the pair had dinner together in Washington. Dr. Victor Zuckerman told a news conference that Bialek came back to Chicago from the trip and told him what happened."

• NBA season in serious jeopardy, but not lost yet: "If you have even a passing interest in the legal world, David Boies is a name you should already know. He’s possibly the most famous litigator alive. So when he walked in with the NBA players’ union on Monday, you knew the news was bad enough to jeopardize the season. The union has abandoned its right to negotiate on behalf of the players in order to sue the NBA in antitrust court for massive damages within the next 48 hours, according to its revamped legal team. The players in attendance said the decision was unanimous."