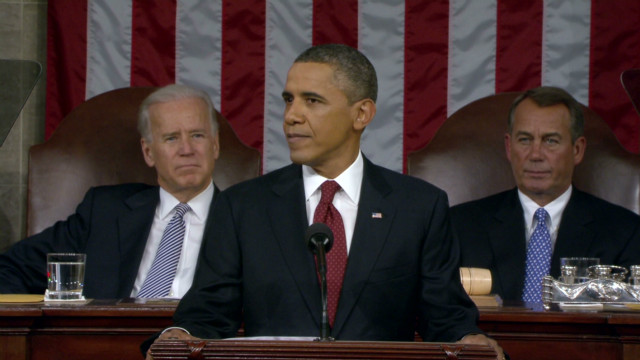 • Defiant Obama challenges Congress on sticky issues: "President Barack Obama launches a three-day swing through key election states Wednesday after declaring in what could be his final State of the Union address that the nation was strengthening but must confront the defining issue of preserving the American dream."

• Navy SEALs raid rescues Somalia aid workers: “U.S. special forces swooped into Somalia in a pair of helicopters in a daring overnight raid to rescue two kidnapped aid workers - an American and a Dane - and killed several gunmen in the operation, an American official said Wednesday."

• Landslide kills dozens in Papua New Guinea: "A big landslide has ripped through a village in a remote area of Papua New Guinea, killing at least 40 people and leaving 20 others missing, authorities said Wednesday. The country's National Disaster Office said that 40 bodies had been recovered from the debris and search and rescue officers were at the site on Wednesday to assist with the recovery of others."

• UW official resigns amid sex allegations: "A University of Wisconsin senior official resigned after making unwanted sexual advances to a male student employee of the school's athletic department, according to a report released this week. John Chadima resigned his post as senior associate athletic director at UW-Madison earlier in January after the allegations surfaced."