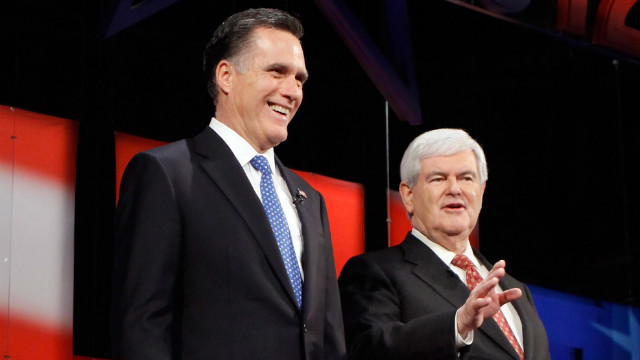 • GOP hopefuls to battle at last debate before Florida primary: "All four candidates will share the stage Thursday night for the debate at the University of North Florida in Jacksonville, which is being hosted by CNN, the Republican Party of Florida and the Hispanic Leadership Network, a center-right advocacy group. Wolf Blitzer, anchor of CNN's "The Situation Room," will moderate the forum, which starts at 8 p.m. ET."

• Public memorial to celebrate Joe Paterno: "Thousands will attend a public memorial for Joe Paterno on Thursday, a day after mourners lined the streets to watch the hearse carrying the legendary Penn State coach drive through campus to his final resting place. Throngs of students, fans and alumni tossed flowers and wept Wednesday as his funeral procession rolled past Beaver Stadium, where he paced the sidelines for decades."

• At least 12 killed in Iraq bomb attacks : "At least a dozen people were killed Thursday in bomb attacks in a city near Baghdad and the northern Iraqi city of Kirkuk, police officials said. Police in Baghdad said 10 people were killed, including two women and three children, when insurgents placed bombs around a house in the city of Musayyeb, about 70 kilometers (43 miles) south of the capital."

• Good Samaritan shot, dies beside young sons: “A 44-year-old New Orleans man died in front of his two sons Wednesday after he responded to a woman's screams and was shot by an apparent carjacker, according to police and family members. Harry "Mike" Ainsworth was with his two sons, ages 9 and 10, as the boys were waiting for a morning school bus, Ainsworth's brother, Bill, told CNN affiliate WWL.”

• Demi Moore seeks treatment, drops out of 'Lovelace': "Demi Moore was slated to portray Gloria Steinem in the Linda Lovelace biopic, "Lovelace," but it seems that's no longer a go. A rep for the 49-year-old actress tells CNN that she is not working on the film. Moore's rep adds that the actress, who recently separated from her husband of six years, Ashton Kutcher, has been dealing with stress."

Leave a Reply to Cristal