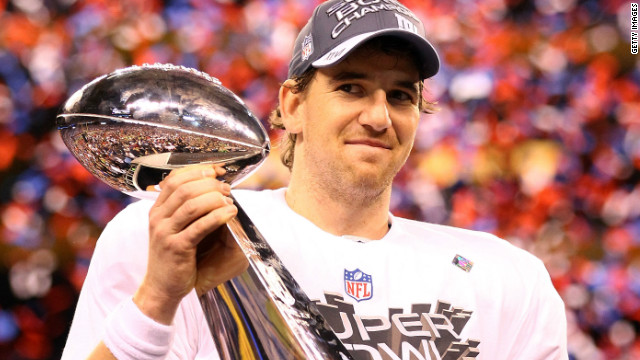 • Giant parade awaits Super Bowl winners: "A ticker tape parade awaits the New York Giants this week when the team returns home as Super Bowl champions after defeating the New England Patriots 21-17 on a last-minute touchdown. The Super Bowl victory Sunday night was the fourth for the Giants; the team defeated the Patriots 17-14 in the 2008 title game."

• 'I'm sorry. Goodbye,' father says: "Shortly before he set fire to his Puyallup, Washington, house and killed himself and his two sons, Josh Powell - a suspect in the 2009 disappearance of his wife - apparently sent a three-word e-mail to his attorney. It said simply: 'I'm sorry. Goodbye.'"

• M.I.A. flips middle finger at halftime show: "Ahead of her Super Bowl halftime show, singer Madonna promised there would be no "wardrobe malfunction." What she didn't guarantee was no obscene gestures."