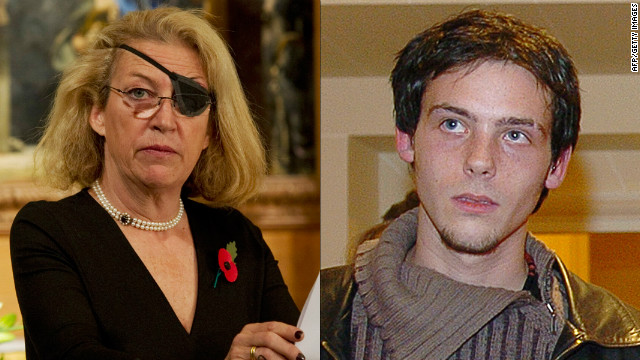 • Two Western journalists killed in Syria: "Two Western journalists were killed Wednesday in the Syrian city of Homs amid heavy shelling from government forces, opposition activists said. The Sunday Times of London said one of the journalists reportedly killed was reporter Marie Colvin - the only British newspaper journalist inside the embattled Homs neighborhood of Baba Amr. And French Foreign Minister Alain Juppe confirmed journalist Remi Ochlik was killed in a bombing. He was 28."

• Chris Christie tells Warren Buffett to "shut up": "'Warren Buffett keeps screaming to be taxed more,' said host Piers Morgan. 'Yeah, well, he should just write a check and shut up,' offered Christie on Tuesday's airing of 'Piers Morgan Tonight'. Insisting he's fed up with empty offers from the investor and philanthropist, Christie continued: 'Just contribute, okay. The fact of the matter is, that I'm tired of hearing about it. If he wants to give the government more money he's got the ability to write a check. Go ahead and write it.'"

• 5 dead in suspected murder-suicide at Georgia spa: "A man entered a suburban Atlanta spa and shot four people to death before turning the gun on himself, police said Wednesday. Police said they do not yet have a motive for the murder-suicide at the Su Jung Health Spa in Norcross, Georgia, on Tuesday night."

• FDA to review safety of caffeine product: "Food and Drug Administration officials plan to investigate whether a form of caffeine sold in lipstick-shaped containers is safe for consumers. The inventor touts AeroShot as caffeine without the coffee, soda, tea or a pill, but a U.S. lawmaker questions whether it's safe."

• Adele's gesture overshadows prizes at Brit Awards: "Singing sensation Adele continued rolling in the prizes at the Brit Awards in London, but she made headlines Wednesday for something else: she gave the middle finger when she was cut off during the live broadcast."