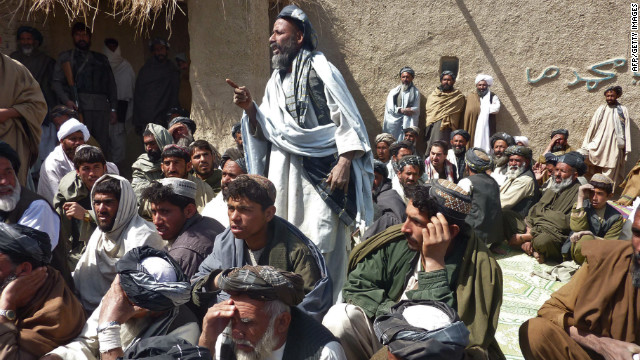 Need to Know News: Panetta arrives in Afghanistan amid uproar over killings of civilians; Rick Santorum wins two in the South

For March 14, 2012 – Leon Panetta arrives in Afghanistan amid uproar over killings of civilians, Rick Santorum wins two in the South and Michelle Obama to attend Olympic Games opening...

• Leon Panetta arrives in Afghanistan amid uproar over killings of civilians: "U.S. Defense Secretary Leon Panetta flew into Afghanistan on Wednesday, making him the first high-ranking American official to visit the country since a U.S. soldier was detained on suspicion of killing 16 Afghan men, women and children in their homes Sunday. Panetta is making a two-day visit amid Afghan anger about the weekend shooting rampage."

• Rick Santorum wins two in the South: "Rick Santorum marches forward to the next GOP primary battle with wins in Alabama and Mississippi, throwing cold water on rival Mitt Romney's prediction that his campaign was reaching a 'desperate end.' Romney, rejected again by Southern conservatives in the Tuesday primaries, was battling for second place with Newt Gingrich."

• Goldman exec quits, calling firm 'toxic': "A Goldman Sachs executive has resigned in a very public manner - calling the firm "toxic" and disrespectful of its clients in a scathing op-ed piece published in Wednesday's New York Times. 'I can honestly say that the environment now is as toxic and destructive as I have ever seen it,' wrote Greg Smith on his 'last day at Goldman Sachs,' capping 12 years with Wall Street's gilded firm."

• Strong earthquake hits Japan: "A 6.8-magnitude earthquake shook northeastern Japan on Wednesday, according to the U.S. Geological Survey. The Japanese Meteorological Agency issued a brief tsunami advisory, warning of a half-meter wave. The tsunami advisory was called off a short time after the agency issued it."

• Michelle Obama to attend Olympic Games opening: "First Lady Michelle Obama will lead the U.S. delegation to the opening ceremonies of the London Olympics in July, she said Tuesday. Obama announced her London trip at an event Tuesday with Samantha Cameron, the wife of visiting British Prime Minister David Cameron."