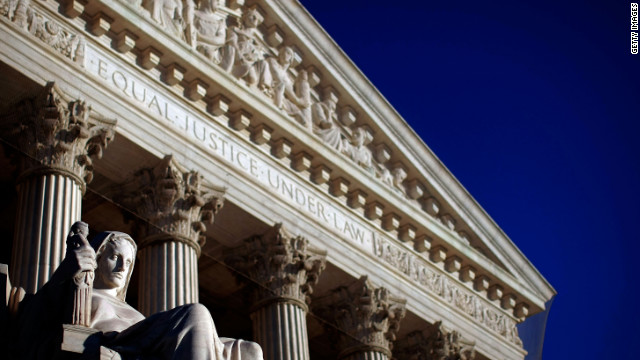 • Health care reform in balance: "Two years and three days after President Barack Obama signed the Affordable Care Act into law, the Supreme Court is poised to offer the final word on the constitutionality of health care reform efforts. Kicking off three days of oral arguments, the nine justices will begin debating the first of four separate questions Monday morning as the eyes of the nation turn to D.C. and insiders and the public jockey for a seat inside the court."

• Calls for justice rage on a month after Trayvon Martin's killing: "A month ago Monday, Trayvon Martin, an unarmed Florida teen, died at the hands of a neighborhood watch volunteer, stirring outrage and protests nationwide. The African-American teen was fatally shot on February 26 as he walked to his father's fiancee's house in Sanford after a trip to a convenience store."

• Ben Bernanke comments to spur stock market gain: "U.S. stocks were poised to open higher Monday as Fed chairman Ben Bernanke's comments on the job market gave investors reason to believe interest rates will stay low. In an address Monday to the National Association for Business Economics, the Federal Reserve chairman said that while recent jobs data have been positive, 'the better jobs numbers seem somewhat out of sync with the overall pace of economic expansion.'"

• Tiger Woods earns first PGA win since 2009: "After years plagued by injuries and scandal, Tiger Woods pulled away from his competition Sunday to capture his first PGA Tour win since September 2009."