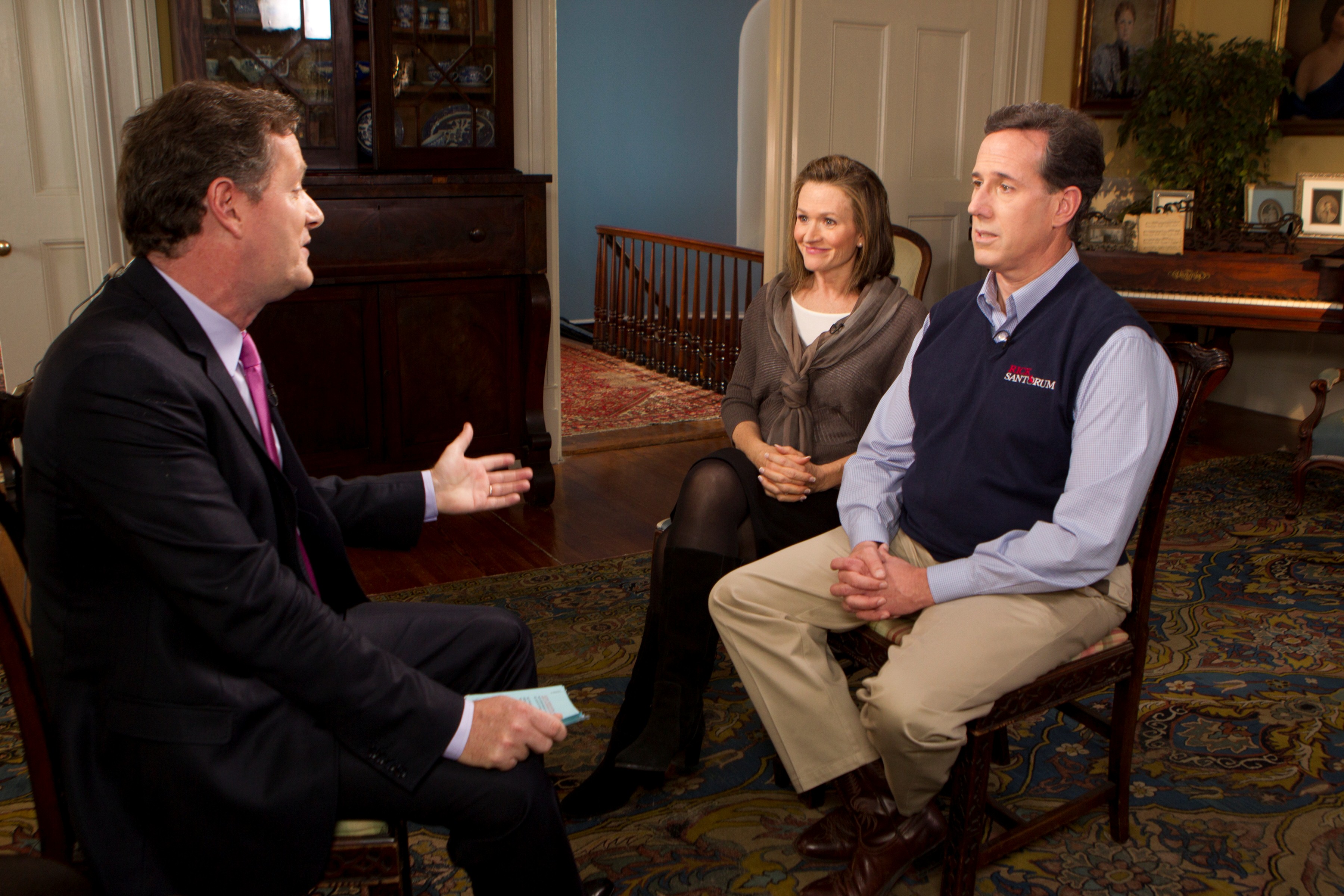 Coming up this evening, "Piers Morgan Tonight" welcomes back Rick and Karen Santorum. Joining Piers Morgan for their first sit down interview since the former Senator suspended his campaign for the presidency, the Santorums will be in studio, for a live exclusive.

The host first met with the Santorums and much of their family in January, prior to the South Carolina primaries. Opening up about the death of their son Gabriel, how they first met, and sharing their views on social issues, the interview is often credited with igniting Santorum's "surge," as the Pennsylvania Republican went on to win several contests in the weeks that immediately followed.

Tune in tonight at 9 p.m. as Rick and Karen Santorum detail the reasons behind the suspended campaign, and provide an update on the health of their daughter Bella. Also, "Piers Morgan Tonight" will have expert analysis and reaction to Mitt Romney's speech from New Hampshire.