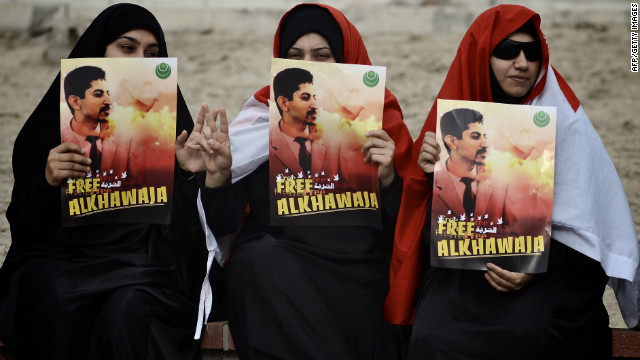 • Bahrain court orders new trial of activist on hunger strike: "A court in Bahrain has quashed the life sentence of a prominent activist who has been on a hunger strike, sending his case to the Supreme Court, the country's official news agency reported Monday. Abdulhadi al-Khawaja has been on hunger strike for more than two months, protesting his sentence."

• Spain falls into recession: "Spain has fallen into its second recession since 2009 as its economy shrank for the second consecutive quarter, according to a government report Monday. There are now a dozen European nations that have had their economies shrink for two consecutive quarters, a condition that generally equates to a recession."

• Vehicle flips, 7 die near Bronx Zoo: "Seven people, including three children, died Sunday when a vehicle flipped over a guardrail and plunged up to 60 feet to the ground, landing upside down in an area of the Bronx Zoo that is closed to the public, officials said."

• U.S. 'dirty oil' imports set to triple: "U.S. imports of what environmentalists are calling 'dirty oil' are set to triple over the next decade, raising concerns over the environmental impact of extracting it and whether pipelines can safely transport this Canadian oil. The United States currently imports over half a million barrels a day of bitumen from Canada's oil sands region, according to the Sierra Club."

• President Barack Obama's humor goes to the 'dogs' during annual dinner: "The humor at the 98th annual White House Correspondents' Association Dinner went to the dogs. President Barack Obama poked fun Saturday at everything, from the Secret Service scandal to the lavish spending by the Government Services Administration, to the upcoming general election."