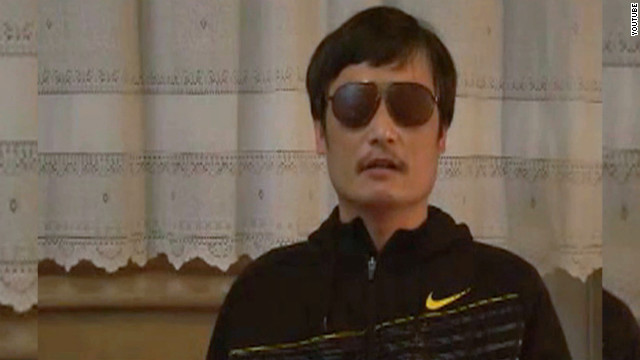 For May 4, 2012 – China says activist can apply to study abroad, Osama Bin Laden's letters reveal a terrorist losing control and 'The Avengers' is a Friday Night SmackDown...

• Osama Bin Laden's letters reveal a terrorist losing control: "A trove of never-before-seen letters by Osama bin Laden portray the terrorist leader as an irritated boss chiding his underlings for mistakes yet sure that they could pull off elaborate attacks against the United States."

• Aide recalls bizarre conversation with Edwards mistress: "A former aide to John Edwards testified Thursday about an unexpected pronouncement from a campaign videographer: She and the presidential candidate were in love. But Edwards later told him he was not in a relationship with Rielle Hunter, John Davis said."

• Mark Zuckerberg to raise $1 billion cash from Facebook IPO: "Let's hope Mark Zuckerberg has deep pockets in his hoodie. The Facebook CEO plans to sell 30.2 million shares of his stake in the social network when it publicly offers its stock later this month. If the company's IPO prices at the top of its $28 to $35 per-share range, Zuckerberg would pocket a 'cool' $1.1 billion."

• 'The Avengers' is a Friday Night SmackDown: "A celebration of specialness, Joss Whedon's slick blockbuster 'The Avengers' presents what may be the ultimate team: half a dozen Marvel Comics superheroes for the price of one."