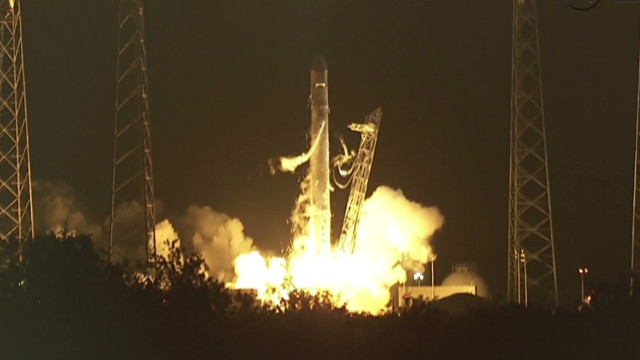 For May 22, 2012 – SpaceX makes history with launch to space station, eight shot after Oklahoma City Thunder playoff win and a 'Leap' forward in gesture-control interfaces...

• SpaceX makes history with launch to space station: "A new era in space exploration dawned Tuesday as a slender rocket powered into the dark Florida sky before sunrise, carrying the first private spacecraft bound for the International Space Station."

• A 'Leap' forward in gesture-control interfaces: "You know that bit in 'The Avengers' where Tony Stark spreads his fingers apart in mid-air and the stuff on the screen in front of him instantly appears on displays throughout the room? A company called Leap Motion wants to make that kind of gesture control a reality, and it hopes to take the first step with a new type of motion controller."