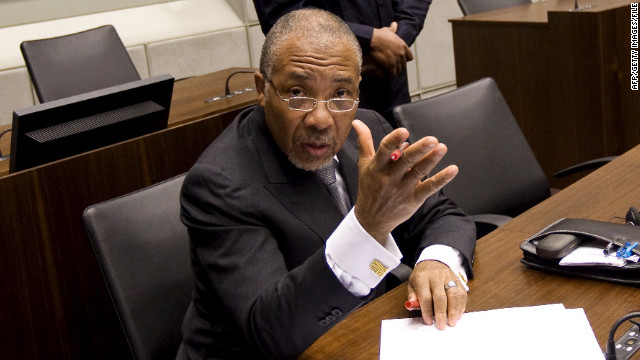 For May 30, 2012 – Charles Taylor sentenced to 50 years for war crimes, Miami 'zombie' attacker may have been using 'bath salts' and Serena Williams loses in French Open first round...

• Miami 'zombie' attacker may have been using 'bath salts': "A naked man who chewed off the face of another man in what is being called a zombie-like attack may have been under the influence of 'bath salts,' a drug referred to as the new LSD, according to reports from CNN affiliates in Miami."

• Stocks get hit by more European woes: "Stocks opened sharply lower Wednesday as worries about Europe's debt, specifically the Spanish banking system, are again shaking confidence. Investors flooded into U.S. Treasuries, raising prices and pushing the yield on the benchmark 10-year note down to a record low of 1.656%."

• Serena Williams loses in French Open first round: "Serena Williams suffered the embarrassment of being knocked out in the opening round of a grand slam tournament for the first time in her illustrious career after defeat to Virginie Razzano at the French Open."