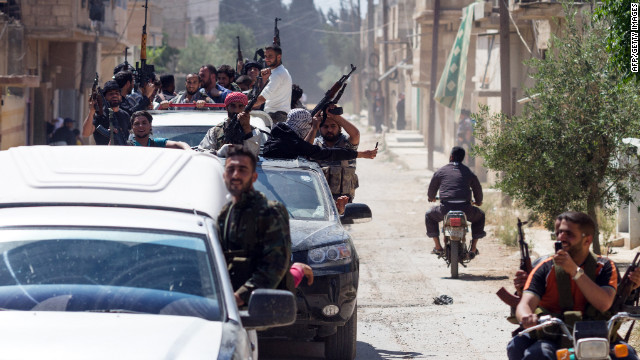 • Multiple people shot at Alabama bar: "Multiple people were shot early Tuesday at a Tuscaloosa, Alabama, bar, police told CNN. The shooting occurred about 12:30 a.m. at the Copper Top Bar, Tuscaloosa police Sgt. Brent Blankley said. He would not confirm how many people were injured or their conditions."

• Needles found in sandwiches, Delta says: "The FBI says it has launched an investigation into the discovery of sewing needles in four turkey sandwiches on separate Delta Air Lines flights from Amsterdam to the United States."

• Google's Marissa Mayer is named CEO of Yahoo: "Google's first female engineer, Marissa Mayer, has made a career out of bucking expectations - and she did so once again on Monday by announcing she will leave Google to be the new CEO of Yahoo, the struggling company that once was Google's main competitor."

• LeBron James helps U.S. basketball team dispatch Brazil after poor start: "LeBron James scored 30 points and the U.S. rallied from an early 10-point deficit to beat Brazil 80-69 on Monday night in its final exhibition game on home soil. President Barack Obama and Vice President Joe Biden watched the Americans get off to a dismal start, then turn it around by holding the Brazilians to two baskets in the second quarter."