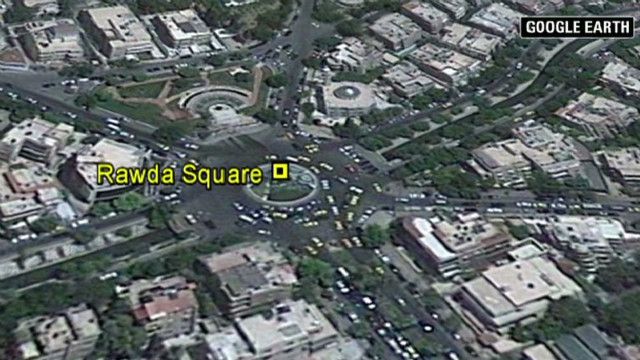 • U.N. Security Council plan vote on new resolution as clashes rage in Syria: "Battles between Syrian rebels and government forces raged in the capital Thursday, opposition activists said, as the United Nations Security Council prepared to vote on a resolution aimed at ending the escalating violence."

• Federal judge clears way for new Tennessee mosque to open for Ramadan: "A federal judge ordered a Tennessee county to conduct a final inspection of a new mosque, clearing the way for worshippers to possibly begin using the building in time for the start of the Muslim holy month of Ramadan on Thursday."

• Romney tries to dislodge Obama from attack: "New ads from the presidential campaigns encapsulate where the race stands, with President Barack Obama's camp continuing its assault on his challenger over his business record and refusal to share tax records and Mitt Romney trying to make allegations of cronyism knock the incumbent off the assault."

• Capital One to pay $210 million in fines, consumer refunds: "In its first public enforcement action, the Consumer Financial Protection Bureau announced it is fining Capital One Bank for pressuring and misleading two million customers into buying additional products when they opened their credit card accounts."

• Sofia Vergara named highest-paid TV actress: Forbes magazine has named the 'Modern Family' star and comedic fan favorite this year's highest-paid actress on the tube, thanks to her estimated earnings of $19 million between May 2011 and May 2012."