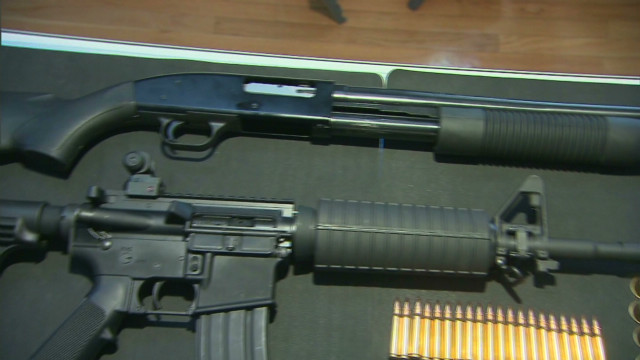 • Theater shooting suspect's home rigged to harm or kill: "The suspect in last week's deadly shooting rampage at a crowded Colorado movie theater boobytrapped his apartment with more than 30 homemade grenades and 10 gallons of gasoline, a law enforcement official who viewed video from inside the apartment told CNN Monday night."

• Pakistani spy chief to demand end of drones: "The new chief of Pakistan's spy agency will urge the United States to end drone strikes on Pakistani soil and identify targets that the country's security forces can then attack, a senior intelligence official said."

• On Twitter, a curious spike for Mitt Romney: "The Republican presidential nominee's account on the site, which had been gaining followers at a clip of about 3,000 to 4,000 a day, appears to have gained more than 116,000 followers Friday and another 24,000 on Saturday."