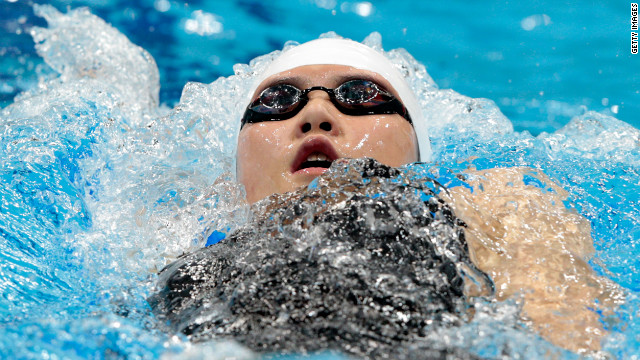 • China's 'incredible' Ye Shiwen denies doping allegations: "Chinese swimmer Ye Shiwen has strongly denied that she's a drugs cheat following a series of record-breaking swims at the Olympics in the past few days. 'My achievements derive from diligence and hard work, I will never use drugs. Chinese athletes are clean,' Ye told reporters late Monday."

• India hit by second, even larger power outage: "India suffered its second huge, crippling power failure in two days Tuesday, depriving as much as half of the vast and populous country, or up to 600 million people, of electricity and disrupting transport networks."

• In Poland, Mitt Romney heralds economic freedom: "Mitt Romney's speech in Warsaw Tuesday – his last on a week-long foreign tour – offered effusive praise for Poland, the country that has proved to be the smoothest stop on his three-nation trip."

• Do the Olympics cost too much for host cities: "Hosting the Olympic Games is a lot like throwing the world's largest - and most expensive - party. The costs are legion. And most of it happens on the taxpayer dime."

• Missy Franklin and Matt Grevers win gold on bad night for Ryan Lochte: "American medal hope Ryan Lochte struggled to keep up with his rivals as he finished fourth. The U.S. did enjoy some success in the pool later, with two consecutive gold medals ensuring they ended the day second in the medal table."
-
» Follow Piers Morgan Tonight on Twitter

Leave a Reply to Windows