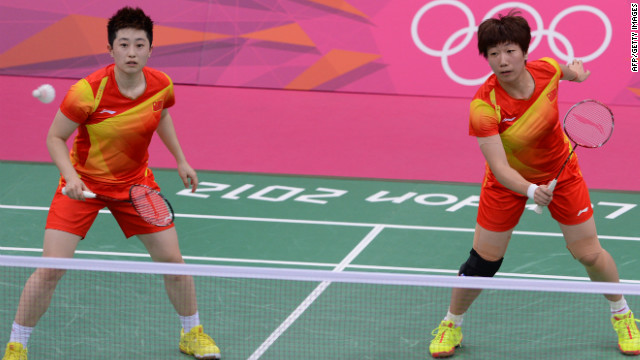 • Olympic badminton players disqualified for trying to lose: "The players from China, South Korea and Indonesia were accused of playing to lose in order to face easier opponents in future matches, drawing boos from spectators and warnings from match officials Tuesday night.

• Michael Phelps cements legacy as one of all-time Olympic greats: "On Tuesday, Phelps won his 19th Olympic medal, more than many countries have ever won. He wraps up a career as the most decorated Olympian ever, perhaps the greatest ever."