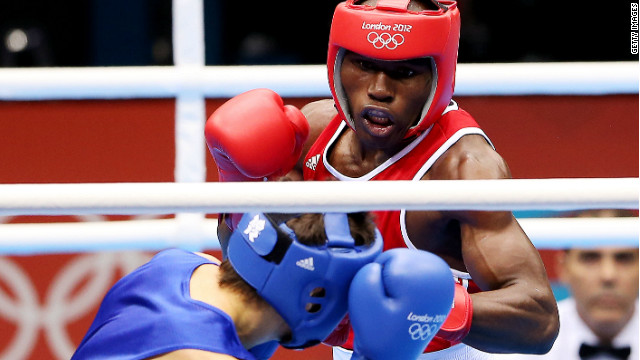 • Missing Cameroon athletes may have defected: "The Cameroon athletes - five male boxers, a female footballer and a male swimmer - walked away from the Olympic village last week, immediately raising questions about their intentions."

• Man in Afghan security uniform kills 3 U.S. troops: "A man in an Afghan military uniform killed three U.S. troops Friday in southern Afghanistan, the latest in a series of assaults against NATO soldiers by Afghans clad in security force garb."

• CNN poll says optimism on the economy drops: The number of Americans who said that things were going well had been slowly but steadily rising since last fall, but numbers from a CNN/ORC International poll released Friday reverse that trend, with optimism about how things are going in the country now at 36% down seven points from April. And 63% say things are going poorly, up six points from April."

• Manchester United raises $233 million in IPO: "Manchester United and a shareholder who is selling off a stake in the company raised $233 million through an initial public offering that priced after Thursday's closing bell. The IPO gives the Red Devils, as the club is known, a market value of around $2.3 billion."