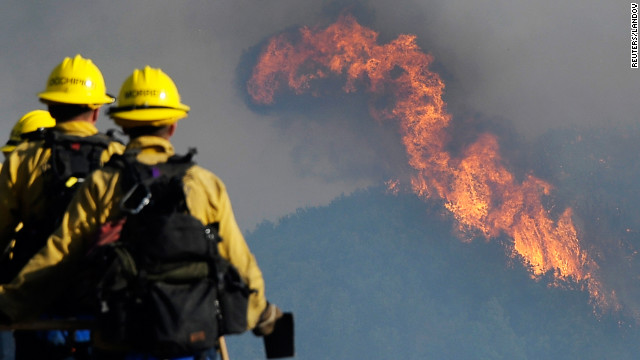 • Program providing protection for young immigrants launches today: "Hundreds of thousands of people who entered the United States as children but without documentation can apply - beginning Wednesday - to remain in and work in the country without fear of deportation for at least two years."

• Former Obama campaign co-chair to stump for Romney: "A Romney campaign aide confirms to CNN that Artur Davis will stump for the presumptive Republican presidential nominee in the battleground state of Virginia."

• Wall Street prepares for more layoffs: "Big banks are unlikely to be broken up - but they will keep getting smaller by getting rid of a large numbers of workers. Wall Street financial firms cut more than 75,000 people in 2011, and their employees are bracing for another round of layoffs."

• Next iPhone goes on sale September 21: "iMore, the first blog to publish reports that Apple plans to unveil its latest iteration of the smartphone on September 12, is now saying that pre-orders will begin that day and that the phone will be released nine days later, on September 21."
-
» Follow Piers Morgan Tonight on Twitter