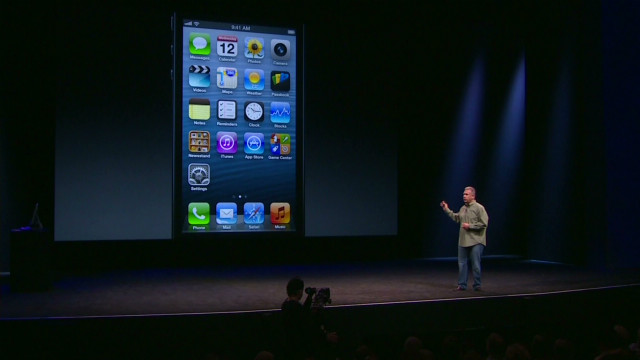 • Apple unveils iPhone 5: "Apple on Wednesday announced the latest version of the iPhone. The iPhone 5 looks similar to previous models but has a larger screen and is lighter and thinner than the iPhone 4S."

• U.S. increases embassy security worldwide after Libya attack: "The United States moved to increase embassy security around the world after the attack that killed the U.S. ambassador to Libya and three staffers."

• More protests near U.S. Embassy in Cairo: "Protests over an anti-Muslim film bled into a third day Thursday near the U.S. Embassy in Cairo, as U.S. President Barack Obama warned in a television interview that it would be "a real big problem" if Egypt fails to protect American interests in the country."

• Stocks: investors on hold ahead of Fed: "U.S. stocks opened little changed Thursday, as investors wait to hear whether the Federal Reserve is planning any new stimulus action to boost the economy. The Dow Jones industrial average and the Nasdaq rose about 0.1%, while the S&P 500 edged lower."