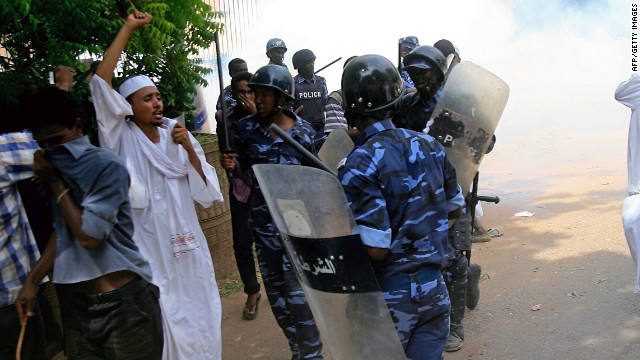 • U.S. embassies tighten security as protests rage over anti-Islam film: "United States embassies and consulates across the Middle East kept security forces at the ready Friday as Muslims protested across the region, enraged by an online movie trailer that characterizes the Prophet Mohammed as a womanizing buffoon."

• New York health board OKs ban on large sodas: "New York City's Board of Health voted Thursday to ban the sale of sugary drinks in containers larger than 16 ounces in restaurants and other venues, in a move meant to combat obesity and encourage residents to live healthier lifestyles."

• Stocks set to extend rally: "U.S. stocks were poised to keep climbing Friday, following a huge rally a day earlier that sent all three major indexes to mult-year highs thanks to the Fed's new stimulus plan."