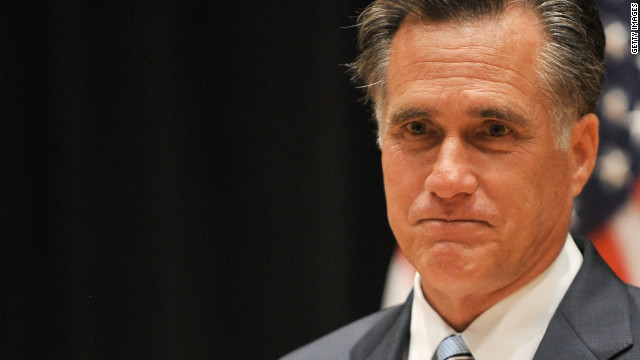 For September 19, 2012 – French magazine runs cartoons of Mohammed, Romney sticks with 47% message and what Clint Eastwood still believes in...

• French magazine runs cartoons of Mohammed: "After a week of deadly, international protests against an anti-Islam film, a French satirical magazine is fueling the debate between freedom of expression and offensive provocation. The magazine Charlie Hebdo published cartoons featuring a figure resembling the Prophet Mohammed in an issue that hit newsstands Wednesday."

• Mitt Romney sticks with 47% message: "Mitt Romney on Tuesday didn't back away from remarks he made in a secretly recorded video casting supporters of President Barack Obama as dependent on welfare, and instead said the comments that generated more problems for him in a tight race were an honest reflection of his campaign's message."

• Chicago students back in class today: "Hundreds of thousands of Chicago schools students will return to class Wednesday after the teachers' union voted to suspend its sometimes acrimonious strike that lasted about a week."

• Stocks to rise on Japan stimulus: "U.S. stock futures were modestly higher Wednesday after the Bank of Japan announced plans to ramp up its bond buying program. The Bank of Japan said it would expand its asset purchase program by ¥10 trillion to about ¥80 trillion to boost its slowing economy."

• What Clint Eastwood still believes in: "Clint Eastwood will stop by Ellen DeGeneres' daytime talk show today and, just as "Saturday Night Live" couldn't avoid parodying it, Eastwood will have to talk about that empty chair."
-
» Follow Piers Morgan Tonight on Twitter