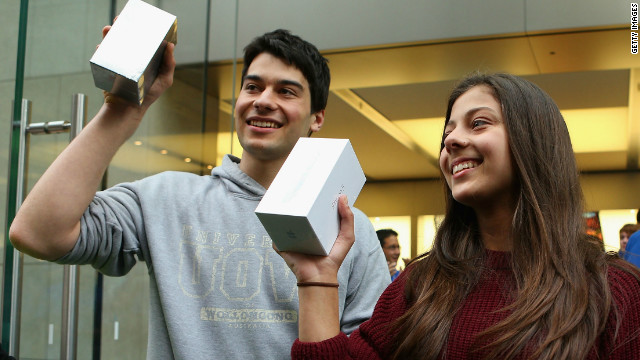 • Apple fans scoop up iPhone 5: "As Thursday night became Friday morning around the world, some of those diehards who spent hours waiting in line were greeted with open doors at Apple stores and other retailers selling the new iPhone 5."

• Pakistan protest against anti-Muslim film turns violent: "A peaceful protest in Lebanon and a violent one in Pakistan highlighted Friday demonstrations against a film and series of cartoons recently published in France mocking the Muslim Prophet Mohammed."

• Mitt Romney pivots after controversies distract campaign: "Republican challenger Mitt Romney tweaked his campaign strategy twice this week in an attempt to refocus the election debate on President Barack Obama's record after controversial remarks that brought criticism from both his Democratic opponent and some GOP colleagues."

• Launching a new war on cancer: "Fifty years ago, President John F. Kennedy came to Houston and told the world that the United States would go to the moon before the end of the 1960s. On Friday, Houston's MD Anderson Cancer Center is announcing its own 'Moon Shots Program,' aimed at significantly reducing the number of deaths from a handful of cancers by the end of this decade."

Leave a Reply to Rosalie Lolling