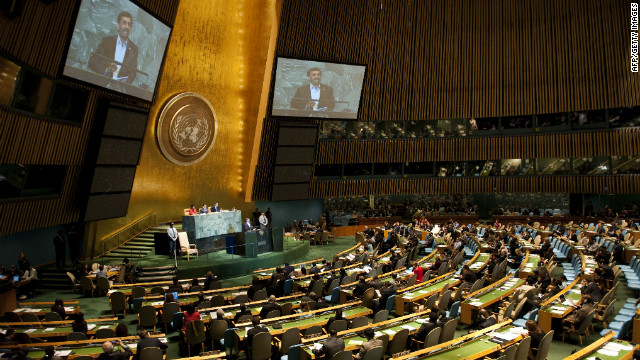 • 'Time is not unlimited' on Iran, Obama to tell U.N.: "The United States will 'do what we must' to prevent Iran from developing a nuclear weapon, President Barack Obama is expected to tell the United Nations General Assembly Tuesday in a speech that will also touch heavily on the death of U.S. Ambassador Christopher Stevens in Libya."

• Libya's army evicts unauthorized militias: "A newly formed unit of the Libyan Army has carried out nonviolent raids on rogue militia positions in and around Tripoli as part of a government ultimatum issued over the weekend."

• Home prices rebound: "According to the closely watched S&P/Case-Shiller national home price index, which covers more than 80% of the housing market in the United States, the typical home price in July rose 1.6% compared to the previous month.