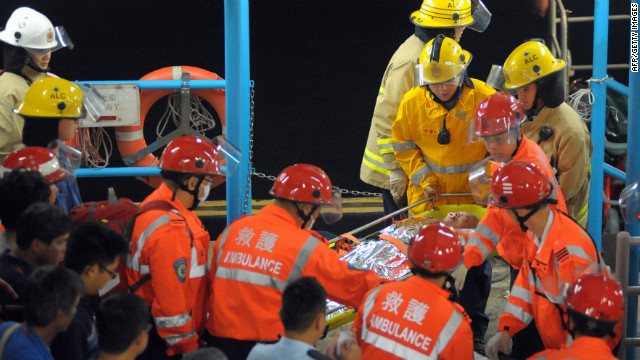 • Boats crash, dozens dead in Hong Kong: "Local power company, Hong Kong Electric, had been ferrying a group of its employees and their families to watch an evening fireworks display in the city's Victoria Harbor when it collided with a ferry heading from Hong Kong Island to Lamma - one of 200 outlying islands in the territory."

• Troubled skies for American Airlines: "The troubled airline has been beset by labor troubles, delays and flight cancellations and, most recently, two aircraft that couldn't keep several seats in place."

• Axl Rose will have his first live interview in two decades on 'Jimmy Kimmel Live!': "Rose will go on the show to chat with Kimmel primarily about his band's upcoming 12-night Appetite for Democracy run at Las Vegas' Hard Rock Hotel and Casino."
-
» Follow Piers Morgan Tonight on Twitter