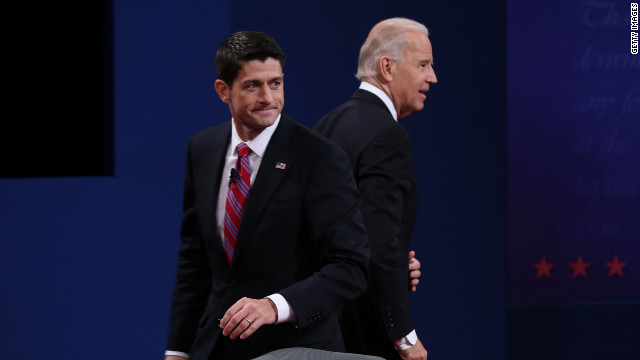 Need to Know News: Feisty vice presidential debate sets up Obama-Romney rematch; Peace Prize is a slap on the back for a struggling European Union

For October 12, 2012 – Feisty vice presidential debate sets up Obama-Romney rematch, Peace Prize is a slap on the back for a struggling European Union, and concussion fears to keep Dale Earnhardt Jr. out of 2 races...

• Feisty vice presidential debate sets up Obama-Romney rematch: "Vice President Joe Biden and Republican challenger Paul Ryan hit the campaign trail on Friday after a combative debate in which they challenged each other's facts and claims while offering starkly different visions for the direction the country should follow."

• Peace Prize is a slap on the back for a struggling European Union: "The European Union won the Nobel Peace Prize on Friday as it grapples with the worst crisis since its founding - devastating debt and the threat of disintegration."

• Postal Service increasing prices: "Starting January 27, the price of a first-class stamp will increase one cent to 46 cents, the Postal Service announced Thursday. Postcard postage will rise one cent as well, to 33 cents."

• Concussion fears to keep Earnhardt Jr. out of 2 races: "NASCAR star Dale Earnhardt Jr. will miss the next two races in the chase for the Sprint Cup after sustaining a concussion during a massive wreck on the last lap of Sunday's Good Sam 500 at Talladega, Alabama, Earnhardt said Thursday."
-
» Follow Piers Morgan Tonight on Twitter