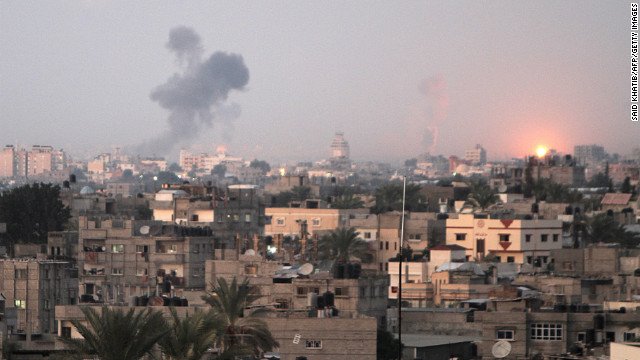 Need to Know News: Israel hits back at Gaza; Petraeus says his resignation was not connected to Benghazi

For November 15, 2012 – Israel hits back at Gaza, David Petraeus says his resignation was not connected to Benghazi and Carrie Fisher, Frank Marshall tease ‘Star Wars’ developments...

• Israel hits back at Gaza: "Strikes flew across the Gaza border in rapid succession Thursday, as Israel responded to an onslaught of militant rocket attacks by targeting 'terror sites.'"

• David Petraeus says his resignation was not connected to Benghazi: "Former CIA Director David Petraeus, in conversations with an HLN journalist, insisted that his resignation had nothing to do with his scheduled testimony about the September attack that killed four Americans in Benghazi, Libya."

• Mitt Romney says Barack Obama 'gifts' won voters: "'What the president, president's campaign did was focus on certain members of his base coalition, give them extraordinary financial gifts from the government, and then work very aggressively to turn them out to vote,' Romney said in the afternoon call, according to audio aired on ABC News."

• BP to pay record fine for Gulf oil spill: "BP will pay a record U.S. fine to settle criminal claims arising from the 2010 Deepwater Horizon oil spill in the Gulf of Mexico, a Department of Justice official said Thursday."

• Carrie Fisher, Frank Marshall tease ‘Star Wars’ developments: "The force is strong with ... someone. As Disney gets further along in its quest to continue the 'Star Wars' franchise, more and more details are emerging — slowly."